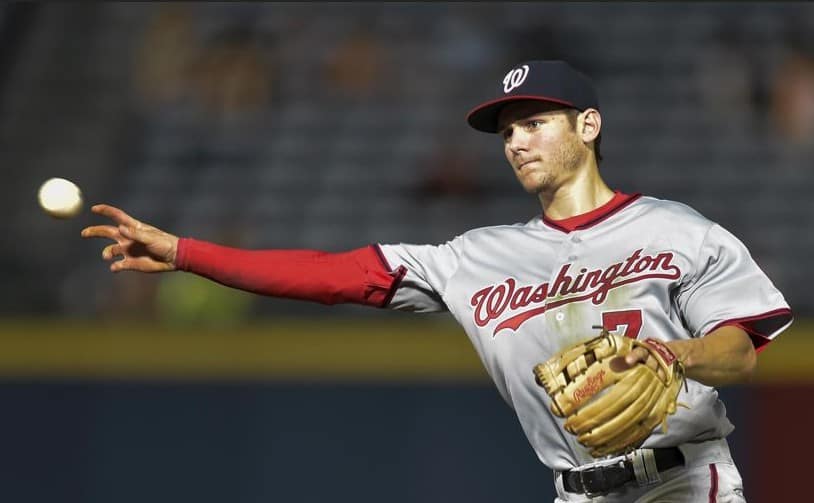 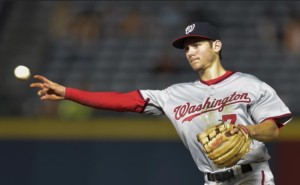 One of the best prospects in baseball appears to be on his way back to the big leagues. Reports indicate that the Washington Nationals are planning to recall shortstop Trea Turner with first baseman Ryan Zimmerman expected to go on paternity leave before Friday’s game against the Cincinnati Reds.

Turner made his major league debut with the Nationals last August and hit .225 in 40 at bats. Washington decided to send him back to triple-A at the start of the season, and in 50 games at triple-A this year, Turner has hit .310 with 13 doubles, five doubles, and three home runs. He’s also stolen 17 bases without being caught.

While Zimmerman is away on paternity leave, it’s possible for second baseman Daniel Murphy to move to first base, opening up second base for Turner. The Nationals could also use either Danny Espinosa or Stephen Drew at second base and play Turner at shortstop.

Of course, with Zimmerman likely to only miss a few games, will this only be a weekend cameo for Turner, a former first round draft pick, or is it an opportunity to show the Nationals that he’s ready to stay in the big leagues permanently? Washington has a somewhat comfortable three-game lead in the NL East, so they’re not exactly looking to make a change, although the New York Mets don’t figure to go away any time soon. However, the Nationals can’t be pleased with what they’re getting out of Espinosa this season.

Espinosa has started 51 games at shortstop for the Nationals this year, and despite hitting seven home runs, his average is a disappointing .200. Before the season, it was expected that Turner would take over as Washington’s every day shortstop at some point in 2016, especially if Espinosa were to struggle. Well, Espinosa has struggled while Turner has performed at triple-A, meaning the time could be right for the Nationals to make that change.

Paternity leave allows players to miss a maximum of three days, so assuming Zimmerman goes on leave before Friday’s game, he won’t be absent long, so the Nationals will have to make a quick decision about whether to keep Turner or send him back to triple-A for more seasoning. But it seems inevitable that Turner will usurp Espinosa as Washington’s every day shortstop, and the time for that may be now.