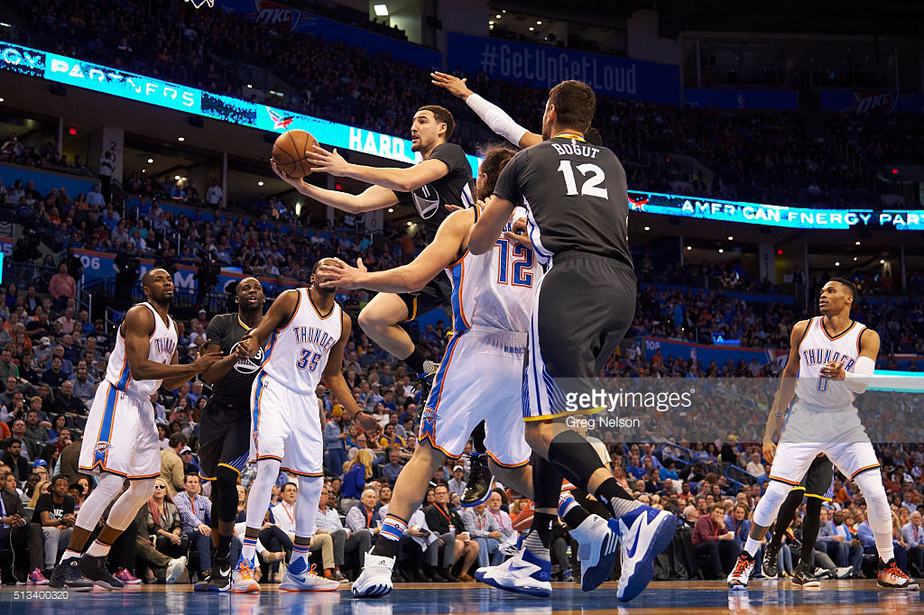 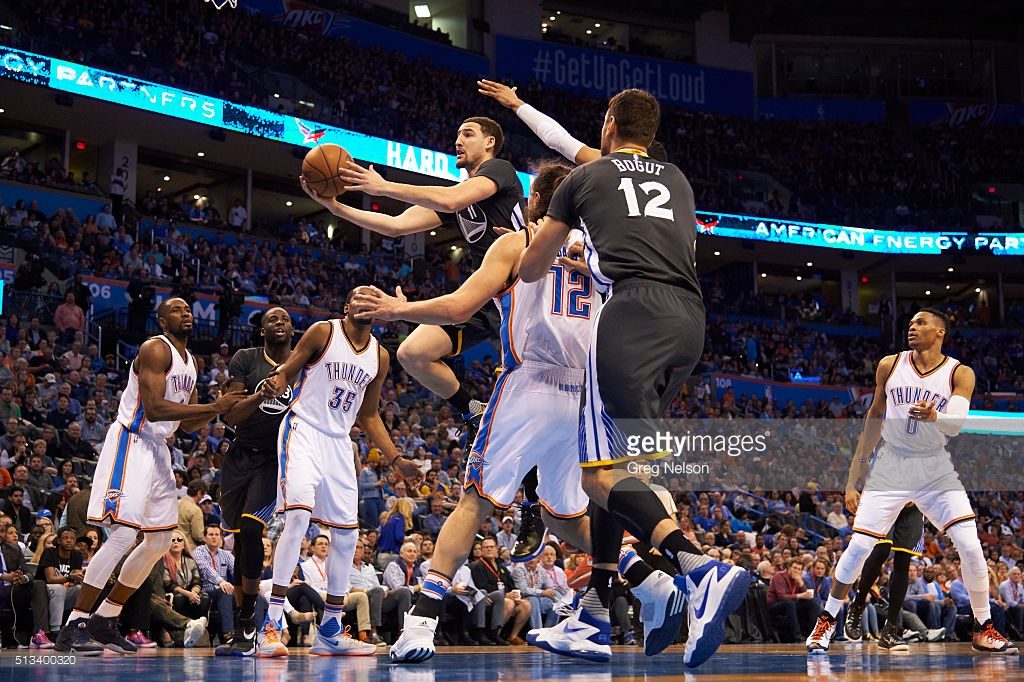 During the Western Conference Finals, the “Splash Brothers” have been more like the “Clank Brothers.” The dynamic offensive duo of Klay Thompson and Steph Curry have not been there usual sharp-shooting selves but Saturday night one of them lived up to the name.

Oh—and he set a new NBA playoff record in the process.

If you didn’t watch the game or any of the highlights you might think it was Steph Curry who finally came to life but it wasn’t. Klay Thompson was the man of the hour with an NBA playoff record 11 three-pointers to lead the Warriors to a 108-101 victory.

“I should have had at least 13 because I missed some wide-open looks early,” Thompson told the media after the game.

Thompson kept the game from getting out of control in the second quarter after Oklahoma City opened up a 13-point lead with a pair of three-pointers.

“Obviously, Klay Thompson was ridiculous,” Golden State coach Steve Kerr told the media. “I mean, the shooting was some of the most incredible shooting you’ll ever see.”

Curry hit a couple pivotal three’s, but it was Thompson’s 19-point outburst in the final period that got the team out of the hole. He ended up going 14-30 from the floor including 11-18 from behind the arc. While Curry didn’t have a hot night from the floor (9-22), he did most of his damage from long range (6-13).

The Thunder needed Russell Westbrook and Kevin Durant to be at their best to close out the series, but they couldn’t get the job done. They scored 57 points but needed 58 shots and 20 free throw attempts to get it. For a time in the final period, they appeared just to take turns throwing up poor shot attempts.

In spite of their play, the Thunder still had a lead late in the game. Westbrook practically handed Golden State the game with turnovers on three consecutive possessions after a Klay Thompson three-game the Warriors a 104-101 lead with 1:35 to go.

“That really wasn’t — hasn’t been us in the last month and a half,” Thunder coach Billy Donovan said afterwards. “I thought we got a little stagnant coming down the stretch.”

In NBA history, there have been 233 teams that have fallen behind 3-1 in a playoff series. Of those teams, only nine were able to overcome the deficit to go on to win the series. The last to do so were the Houston Rockets in the Western Conference Finals last season (against the Los Angeles Clippers).

Few thought the Warriors would be in a 3-1 hole, but if anyone could climb out of the hole, it would be them. Now that the series is tied up at 3-3 they are out of the hole, and will get the chance to become the tenth team to overcome such a deficit in NBA history.

Game Seven will be Monday night back in Oakland. Should Golden State win, they will host Game One of the NBA Finals against the Cleveland Cavaliers Thursday night. Should Oklahoma City win, they will travel to Cleveland.