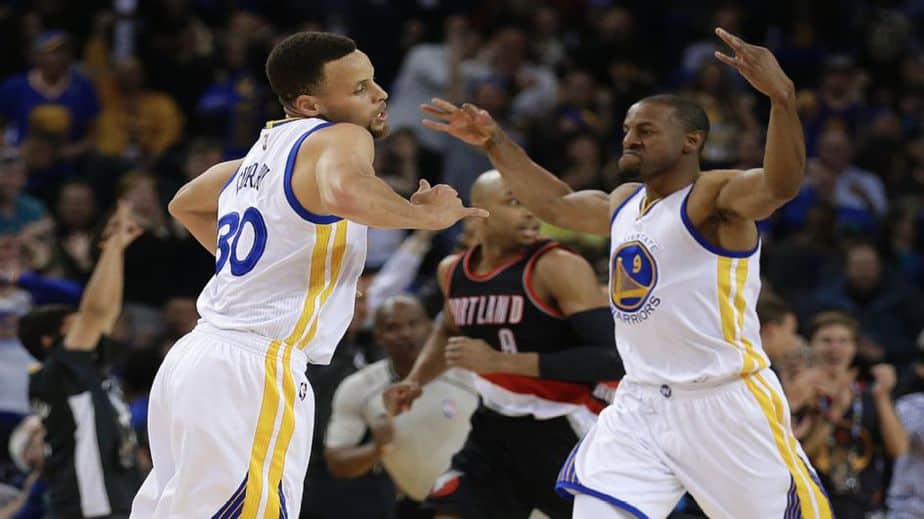 Game 4 of the Western Conference semifinals will be played in Portland on Monday night as the Trail Blazers try to even things up with the Warriors at 2-2.

After a crushing defeat in Game 2 which saw the Blazers squander an 11 point lead in the fourth quarter by getting outscored by 22 points in that final period, the Blazers bounced back strong in Game 3 beating Golden State by a final score of 120-108.

With the series currently standing at 2-1 in favor of the Warriors, the momentum has seemed to have shifted towards Portland’s side. If not for a big letdown in the fourth quarter of Game 3, the Blazers would potentially be leading the series with the next game being played on their home floor.

Draymond Green, who was the Warriors’ high-scorer for Saturday’s Game 3 with 37 points, said after the game, “Now they’re feeling like they can do it… We know otherwise. You can expect Game 4 to be a battle.”

The stage is set for fireworks on Monday night in Portland, and with reigning MVP Steph Curry still questionable with a knee injury that’s kept him sidelined since Game 4 of the opening round against the Rockets, the Blazers have to be optimistic about the way things are leaning of late in the series.

Steph Curry was active during warm-ups once again, but was noticeable hobbled at points during the shoot around. The club is trying to balance the need to be cautious and not to cause any longterm damage to the knee, but also trying to show some urgency in getting him back as that would clearly tip the scale in the Warriors’ favor. Regardless of if he plays, the Warriors will need more players to step up and score some points as they’ve been relying too heavily on Klay Thmpson and Draymond Green recently. That’s playing right into Portland’s hand, as Golden State’s offense plays much better when they spread it around.

Damian Lillard scored a playoff-best 40 points for the Blazers in their Game 3 win, but they too will need to find more scoring options outside of Lillard and C.J. McCollum if they want to win the Western Conference semifinals.

Outside of Golden State’s dominant fourth quarter in Game 3, the Blazers have been trending upward in the series lately, and Golden State must be feeling the sense of urgency to right the ship. Stay tuned for Game 4 on Monday night in portland to see who will cease the moment, and if the Blazers can tie things up at two games apiece, or if the Warriors can go back home with a commanding 3-1 series lead.