What is Middling in Wagering on Sports

What is Middling in Wagering on Sports 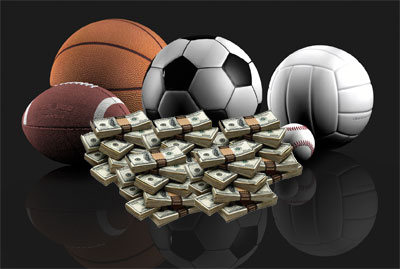 Middling in terms of sports wagering is a tactic used by seasoned bettors to essentially bet both sides of a play while still painting a chance to win both plays. To better illustrate this practice we’ll use an example. Let’s say the Ravens are -7 points against the Cowboys sometime early in the week, just after the lines are introduced. So you like the Ravens -7, so you place a hefty wager down on them. However, as the week progresses and Sunday becomes closer, the line begins to move, now the Ravens are -10 points. This is a big deal because it’s pushed the point difference from one score to two scores, which is a considerable difference in the NFL, especially between two competitive teams. So knowing this, you now place a wager on the Cowboys +10.

Now, with one wager on each of the teams but at different lines, you’re hoping that the Ravens will win by 8 or 9 points which would win you both of your bets. And even if the Ravens only win by 7 or 10 points, then you’ll still push on one of your bets and win the other. So there’s a margin to break even, but there’s also a margin for cashing in big on a relatively small investment and winning both of your bets.

Amateur bettors never employ this tactic as it’s usually used only by players who know what they’re doing and have a firm grasp on a particular play. While it can be a big boom or bust option, our team of industry sharps here at Sports Information Traders does advise against it as it lowers the overall odds of winning, in sacrificing for the opportunity for a larger payout. Our team is headed by one of the absolute best sports handicappers to ever work the business. Called a modern day legend by many, Jon Price is our founder and our lead sports picker for over the last 20 years. Mr. Price started this service from his college dorm, and now he delivers his quality winning information on a daily basis to his thousands of clients all over the world. Mr. Price uses middling all the time in his own personal wagers, but in terms of using middling for common clients, it’s a lot more complicated than that. Each person’s sportsbook usually has a slightly different odds for the game or even line, so it makes it nearly impossible for Jon to customize the wagers of thousands of his clients each and every night. While he still does get clients in on it when the opportunity presents itself, you’re better off asking one of his analysts for more information about employing middling in your next wagers.