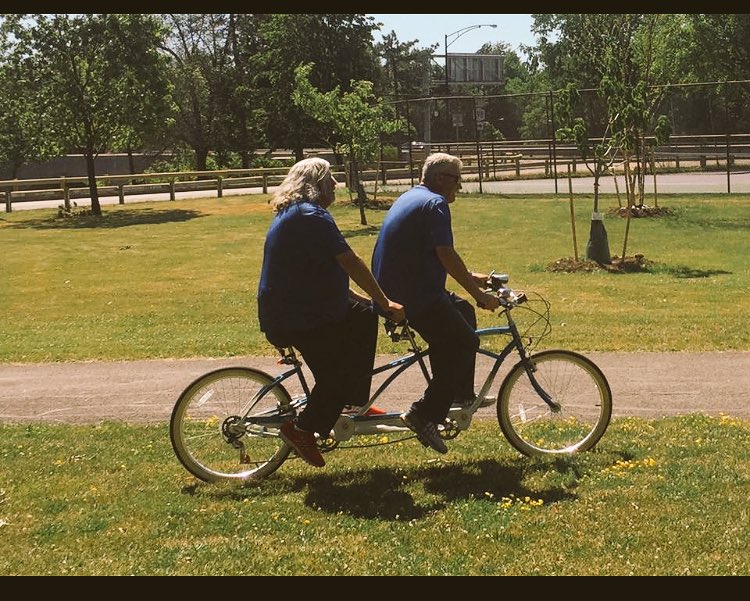 Rex Ryan has never been one to watch what he says. If he thinks it, he says it and never holds back. Some call him crazy, and others call him brash, but mostly they just call him coach. Sometimes his comments bring the kind of media attention a team doesn’t like, but it’s better to have no fear and an overabundance of confidence, right?

Recently, the craziness that is Buffalo Bills head coach Rex Ryan was on display not once but twice. Once when he and his twin brother and his assistant head coach Rob Ryan were seen riding a tandem bike together in Buffalo Park.

When the picture was taken is not certain, but it is not every day that you see two big ole boys like the Ryans riding a tandem bike. When asked about it late last week when it made the rounds on the internet, Rob Ryan had this to say:

The image of the two coaches together is something you don’t see every day; much like the comments he made about the Bills off-season are not something you hear every day:

“I can’t wait to get the season started,” Ryan said, via the Buffalo News. “I’m just telling you right now: forget the vacation. I wish it was shorter. And I mean it. I’m excited about this team. Obviously, a lot of things have to happen, and we’re a month or so away. I told our players today to ‘Win July.’…”

But here’s the best part:

The Buffalo Bills have won the off-season. Who knew it was even a competition? Or cared?

Looking at how the off-season has gone for the Bills, you have to wonder what Ryan is seeing that the rest of us are not. His first round draft pick had to have shoulder surgery. His best offensive weapon—wide receiver Sammy Watkins—broke a bone in his foot that required surgery leaving his availability when training camp starts up in the air. His top defensive back, Stephon Gilmore, is having contract issues and second-year running back Karlos Williams reported to practice overweight.

“Obviously, he’s not anywhere close to where he needs to play at a high level,” Ryan told the media. “So we’ve got to get some weight off him, and he certainly understands that.”

From what he has said to the media, it sounds like practice has gone well for the Bills. The issues they have had are minor and will likely be non-issues when training camp starts, but it is still hard not to wonder how in the world he sees the Bills as having won the off-season.

Ryan appeared to know many would wonder what his logic was, but he wasn’t too worried about the naysayers:

“…we’re on vacation. Nobody is going to read it anyway.”

Not true Coach. With it being the offseason fans are starved for the latest and greatest on their favorite teams. Fans are having fun with it now, but should the Bills have another mediocre season that ends without a trip to the playoffs, fans and the media are going to remind Ryan of his bold claim a lot.