"Mr. Price has been given the "Billy Walters treatment" by the betting establishments in the Las Vegas area, due to his distinct ability to pick winners and cost casinos millions."
Home
Football
When I Grow Up I Want To Be Just Like NFL Commissioner Roger Goodell

Ask any fifth-grade classroom who they want to be like when they grow up and you will likely hear the names of the best NFL, NBA, and MLB players along with a few actors and actresses. You will more than likely not hear the name of the NFL Commissioner, Roger Goodell–but he is who kids should aspire to be. 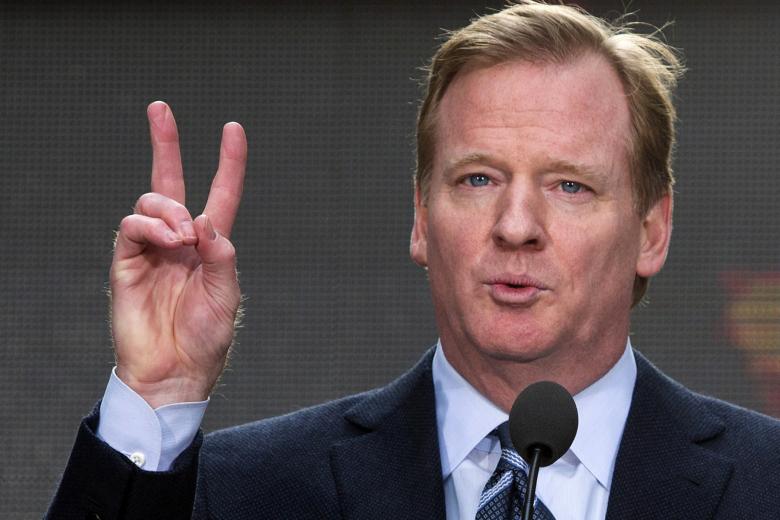 No aspires to be unpopular so why should anyone want to be like this guy? Well–last year, according to tax records, he made $32 million. It was a decrease of $2.1 million from the year before and the fourth year in a row that it declined. He makes much more than the highest paid player in the league and has done so for years. Over the last decade, he has made more than any active player in the NFL ($212.5 million).

But money isn’t everything so again–why should anyone want to be like Roger Goodell? Most players are universally loved, and they are filthy rich as well. So why not be like one of them?

True, but why not be filthy stinking rich without putting your body through the meat grinder and risking debilitating health issues?

Tons of football players have great stories about how they rose to the top of their profession, but Goodell’s story isn’t half-bad either. He started out as just a mere intern in the league office back in 1982. He served as an intern again in 1983, but for the New York Jets before getting a job in the league’s PR department in 1984. Three years later he became the assistant to the AFC president, Lamar Hunt. From that point on, he was essentially groomed to one day take over the league.

He served in several key business and operations roles over the years until he became the Chief Operations Officer in 2001. Five years later he succeeded Paul Tagliabue as the commissioner of the NFL. From intern to the most powerful man in the NFL who is paid very well–not bad.

Who wouldn’t want to have that kind of career trajectory (and paycheck)? Unlike the players, when he gets older and retires he is still going to have his health and should live long enough to enjoy his wealth.

To be fair to him, he wasn’t always so disliked. According to a 2009 survey, 66 percent of players thought he did an above average job. He was especially liked by the younger crowd; 72 percent of 21-24-year-olds gave him an ‘A’ or ‘B’ grade.

Fast forward to the 2016 off-season and the only people giving him much love is the owners in the form of his incredible paycheck. Why? He is making the filthy rich even richer, so they are just letting the good times trickle down.

Five years ago each team took home $156.25 million. Last season they took home $222.6 million. That’s an increase of 42.5 percent. There isn’t a company in the world that wouldn’t pay its CEO well if profit grew at that rate.