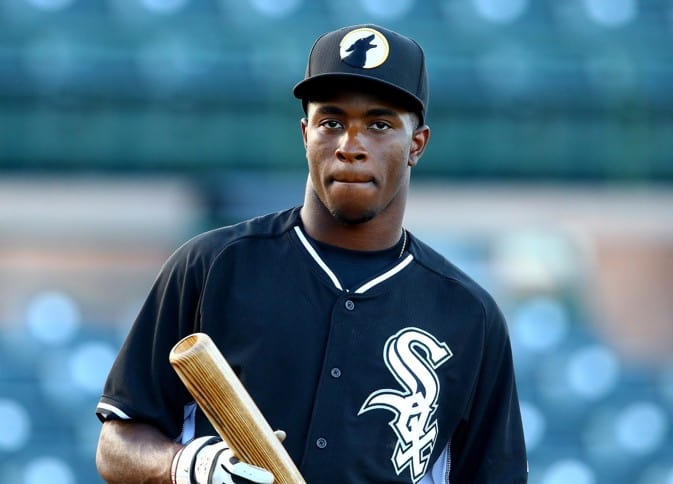 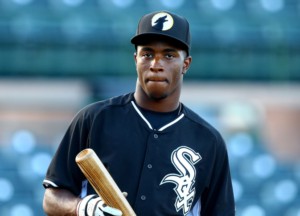 The changes keep on coming for the reeling Chicago White Sox. Within the past week, the White Sox have traded for James Shields and signed Justin Morneau – who was immediately added to the DL – and now they have cut ties with Jimmy Rollins and called up one of their top prospects. Before Friday’s game against the Kansas City Royals, the White Sox designated Rollins for assignment and brought up Tim Anderson to make his major league debut.

The White Sox signed Rollins to a one-year, $2 million contract before the season, but he hit just .221 with two home runs in 41 games this season and was starting to lose playing time to backup Tyler Saladino. The 37-year old Rollins is a shadow of the player who was the National League MVP in 2007, and one has to wonder if this could be the end of his big league career.

As for Anderson, he’s been one of Chicago’s top prospects since they selected him in the first round of the 2013 draft. Scouts still debate whether he can handle playing shortstop every day in the big leagues from a defensive standpoint, but he’s a proficient hitter with plus-plus speed. Before his promotion, Anderson was hitting .304 with 16 extra-base hits, including four home runs, at triple-A.

After receiving word that he was being promoted to the majors, Anderson tweeted: “Something I been working for my whole life and I couldn’t be more thankful, humble and excited for this opportunity. Thanks to man above.”

White Sox manager Robin Ventura says that Anderson will be the team’s every day shortstop, with Saladino being the backup. Before making his big league debut on Friday, Anderson said about playing at the highest level, “Just go out and do my normal thing I’ve been doing, especially what it took me to get here.”

Expectations are reasonably high for Anderson, who was one of only two White Sox prospects rated among the top 100 by MLB.com heading into the season. He’s been nothing but productive throughout his minor league career and plays a premium position in shortstop, where the White Sox have struggled to find consistent production in recent years. He also joins a sputtering team that is in need of a spark to help turn things around, as the White Sox have fallen flat after starting fast in April.

The White Sox also announced on Friday that Austin Jackson is being put on the DL and is expected to miss six weeks of action with a torn meniscus, forcing Chicago to reshuffle its outfield, adding a little extra pressure to the newly-promoted Anderson.

With all the changes and pressure mounting on Ventura and the team to get things turned around, GM Rick Hahn did his best on Friday to manage expectations for the soon-to-be 23-year old Anderson. “Hopefully, it’s very clear to everyone: He is not here to be sort of a savior,” Hahn said. Of course, the White Sox appear to be in need of a savior, and there don’t appear to be too many candidates among position players to be that savior.

Fortunately for the White Sox, Anderson is off to a good start. In his big league debut Friday, he went 2 for 3 with a double, helping the White Sox beat the Royals for their second straight win. The win pulls Chicago one game over .500 and 3.5 games behind the first place Cleveland Indians in the AL Central.