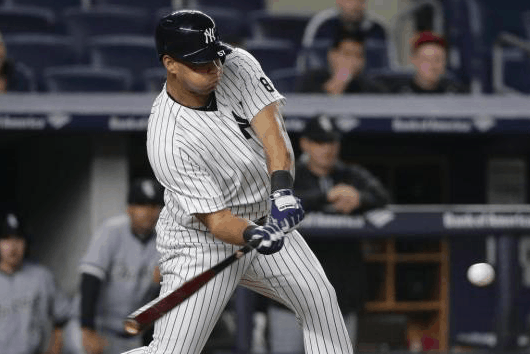 Posted on August 3, 2016 by Bryan Zarpentine 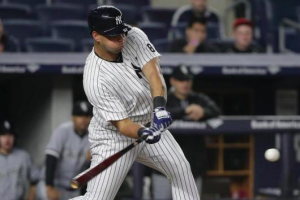 The New York Yankees actions leading up to the trade deadline indicate that the franchise is ready to turn the page and look to the future. Part of that future figures to be catcher Gary Sanchez, who has been called up by the Yankees from triple-A and is in the lineup for the team’s game Wednesday against the New York Mets. According to MLB.com, Sanchez is the 5th best prospect in the Yankees farm system, a farm system that is now among the best in baseball after several notable additions right before the trade deadline, as well as the top catching prospect in all of baseball.

Manager Joe Girardi hinted earlier in the week that Sanchez could be on his way to New York soon. “We’ve talked about it. We’ve talked about him being a player for us and being in the organization,” Girardi said, and now that move has been made official.

Sanchez made his big league debut last October, going hitless in two at bats. He also played one game for the Yankees back in May, going 0 for 4. Aside from that one game, Sanchez has spent the entire season at triple-A, where he’s hit .282 with 10 home runs and 21 doubles. Scouting reports indicate that while Sanchez has the chance to be an impact offensive player, he is not yet an accomplished defensive catcher, although he does possess impressive arm strength behind the plate.

Sanchez is hoping after those two brief cameos in the majors that he will be given more of an opportunity  to play this time around. “I’m coming in with the attitude that I’ll be ready no matter what. If I’m in the lineup, I’m going to do my best. If not, I’ll stay ready in case they need me late in the game,” Sanchez said through an interpreter after learning he was coming back to the Yankees. “I’m hoping this will be the chance to prove that I’m ready to play in the big leagues.”

With Sanchez back in the big leagues, the Yankees are now carrying three catchers on the active roster. However, it’s possible that Brian McCann will start to see increased time at DH with Carlos Beltran being traded to the Texas Rangers at the deadline. This will leave Sanchez to share the catching duties with Austin Romine, who has been the backup to McCann for much of the season. Using McCann at DH may also mean less playing time available for the struggling Alex Rodriguez.

Of course, Sanchez may be just the first of several high-profile prospects the Yankees choose to call up between now and the end of the season, especially when rosters expand in September. Outfielder Aaron Judge, who many believe is the team’s right fielder of the future, may soon join Sanchez in the Bronx, as the Yankees continue to turn the page toward their future.