Yankees Have Plan in Place for Top Prospect Gleyber Torres 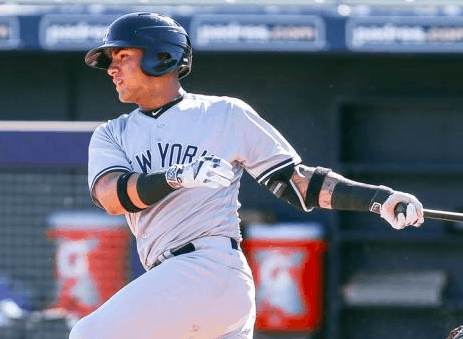 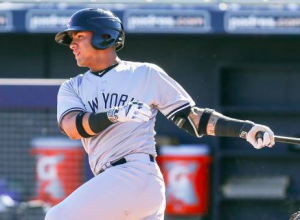 Perhaps no prospect in baseball has received more attention over the past six months than shortstop Gleyber Torres. Of course, being traded to the New York Yankees for Aroldis Chapman will do that. On top of that, Torres was also named MVP of the Arizona Fall League despite being the youngest player in the league. The trade to the Yankees and his performance in Arizona have helped to raise Torres’ profile considerably, and now the Yankees are trying to plan out the next few years of his career so that he’s in a position to help them return to prominence.

In 18 games in the AFL, Torres put up a slash line of .403/.513/.645 with three home runs and four stolen bases. “He had a tremendous Fall League, being the MVP and best player in that league,” raved Yankees GM Brian Cashman earlier this month. “When I was out there for the GM meetings, I went to see him play, and the buzz among all the baseball people, the scouts and front-office execs alike, was, ‘This is the best player in the league.’ And he was the youngest player in the league, so that’s pretty exciting to hear.”

“He’s progressing at an advanced rate,” said one scout who saw Torres in May but hadn’t seen him again until the AFL. “The more you see him, the more impressed you are with his all-around ability. He’s incredibly advanced at the plate for his age. He has a disciplined approach, and the power is coming quicker than I thought.”

After his performance in Arizona, Cashman says he is comfortable putting the soon-to-be 20-year old in double-A at the start of 2017. “He’s never played above the Florida State [League],” says Cashman. “Next year, he’ll start at Trenton and get introduced to the cold weather of the Eastern League in April for the first time. He’ll be ready whenever he’s ready. I’m not currently thinking about his timeline. Once he has extensive success at Double-A level, you can start doing that. He hasn’t taken that step yet.”

Cashman doesn’t think Torres will reach the Bronx in 2017, but if all goes well for him, he could make his big league debut at some point in 2018. The presence of Torres already has the Yankees thinking about what to do with current shortstop Didi Gregorious, who is under team control for two more years before becoming a free agent. Second baseman Starlin Castro is also under contract for at least three more years.

Torres has spent some time at second base, and Cashman thinks he could also learn third base rather quickly. “He took to it like a fish to water,” Cashman said about Torres at second base. “He hasn’t played third base, but we believe he can play there just as well. It gives us a lot of flexibility when the day comes that we believe he’s ready for the majors.”

The Yankees have another top shortstop prospect in Jorge Mateo, who is a little older than Torres but may not be knocking on the door of the big leagues quite as soon. “Gleyber is better defensively,” says Cashman. “He’s more polished as a hitter and a defender. Mateo has amazing athleticism, so we exposed him to center field, and it looked like something he could easily handle.”

What the Yankees will do if Torres and Mateo force their way to the big leagues while Gregorious and Castro are still under contract remains to be seen, but the team has already thought about it, and they appear to have plenty of options. If Torres and/or Mateo get to the majors sooner than expected, the Yankees will find a way to manage, and they’ll be just fine with whatever they choose to do.