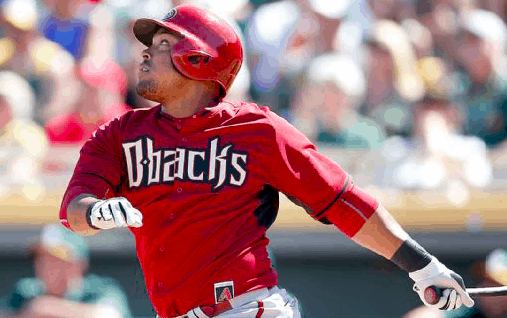 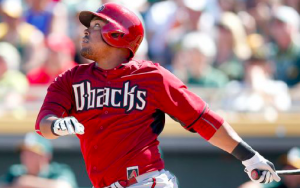 After being on the sidelines for 10 days, Arizona Diamondbacks outfielder Yasmany Tomas has been diagnosed with a strained oblique. The injury was revealed by an MRI Tomas underwent on Wednesday and will keep him on the shelf for the foreseeable future, possibly keeping him out for opening day.

Tomas hasn’t appeared in a spring training game since March 6. The club has said he’s been sitting due to lower back pain, but after missing more than a week of action, the Diamondbacks decided it was time for an MRI. After the MRI revealed the oblique strain, the team continued to downplay the severity of the injury, but admit there’s no timeline for Tomas to return to the field.

“He was having some pain and he didn’t know exactly where it was coming from,” explains Arizona manager Torey Lovullo. “We were able to finalize where it was, the MRI showed exactly what was happening.”

While the Diamondbacks now know the exact cause of Tomas’ injury, the club still doesn’t have a lot of clarity with regard to when he’ll be able to return.

“There’s a very, very small oblique strain, so he’ll be out for several days until we can reassess it and get him to where he needs to get to, you know, back to a return-to-play program,” Lovullo said. “I don’t have a timeline on that.”

Initially, the Diamondbacks showed little concern for getting Tomas back before the start of the season. However, with less than three weeks until opening day, time is quickly running out for him to recover from the injury, especially when you consider how fickle oblique injuries can be.

“I haven’t worked it backwards,” Lovullo said when asked if the injury meant Tomas could begin the season on the DL. “I haven’t yet got to that point in my mind. I don’t know yet. I hope not.”

To make matters worse, Tomas was 0 for 17 with four strikeouts this spring before going down with the injury. The Diamondbacks are confident they’ll be able to quickly get Tomas ready for the season once he’s healthy, but considering his struggles early in spring, they may not want to rush him until he finds some rhythm at the plate.

Tomas is coming off a season in which he contributed 31 home runs and 30 doubles, a significant uptick in power from his rookie season in 2015, which is what the Diamondbacks were expecting out of him when they first signed him. Arizona has other power sources in its lineup, but losing Tomas for any amount of time would certainly be a huge blow for the Diamondbacks.

If Tomas is unable to make it back by opening day, which appears likely at the moment, Gregor Blanco, Jeremy Hazelbaker, and Chris Herrmann are all possible candidates to replace him. Blanco is on a minor-league contract and has hit just .185 this spring. Hazelbaker hasn’t done much better but had a decent rookie season last year with the Cardinals. Herrmann was productive in a part-time role last year but had little track record of success before that.

Lovullo said that the versatile Chris Owings is not being considered as an option in left field, as he’s still competing with Nick Ahmed for the starting shortstop job. However, if Owings doesn’t win that job he could see time in the outfield.

Of course, no matter who the Diamondbacks use to replace Tomas, there figures to be a significant drop off in production. This could spur the team to rush Tomas back from injury. However, that could be risky, and ultimately the Diamondbacks may be better off being patient with him so that he’s fully healthy by the time he returns, even if it means missing the start of the season.