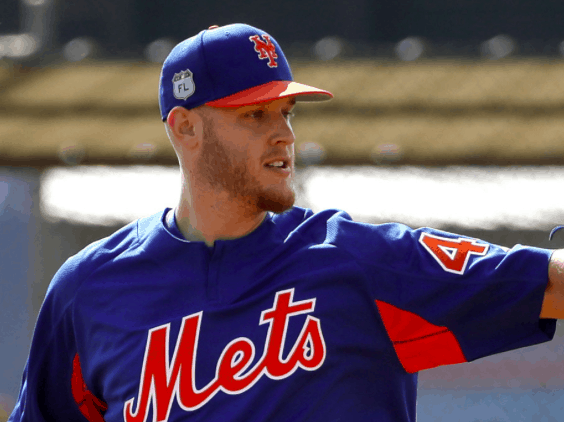 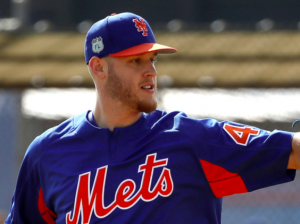 Nearly two years after undergoing Tommy John surgery, New York Mets pitcher Zack Wheeler has finally made it back to a big league mound, a spring training mound anyway. Wheeler made his spring debut on Friday, his first appearance since Tommy John outside of a single minor league rehab start last summer. For Wheeler, Friday’s start was a long time coming, but he came through it feeling happy and healthy.

“I was kind of nervous about just getting big league guys out,” Wheeler said after pitching two innings against the Braves. “I didn’t know if I could still do it. It’s been two years. It just felt good to get out there and compete again.”

Aside from his setbacks last year, including a second surgery to clear up some stitches that didn’t dissolve, Wheeler had yet another setback earlier this spring when elbow discomfort forced the Mets to alter his throwing schedule. But he’s managed to remain healthy since then and was able to throw 31 pitches over two innings on Friday.

Wheeler’s fastball was reportedly hitting 94 mph on the radar gun, and he used his curveball to strike out the first batter of the game looking. He retired five of the first six batters he faced before allowing a solo home run to Matt Tuiasosopo, but that was the only blemish in an otherwise successful outing. Most importantly, Wheeler came out after two innings feeling healthy.

“As long as I came out of this healthy today, that was my No. 1 goal,” Wheeler said after the game. “I’ve been going through this for two years now, so whatever happened, happened. I got a strikeout and gave up a home run. All of that really doesn’t matter right now. I’m just glad I’m healthy right now.”

As a way to downplay the outing and take some pressure off Wheeler, the Mets had Wheeler make his first start in a road game. Meanwhile, manager Terry Collins, pitching coach Dan Warthen, and GM Sandy Alderson all stayed behind to watch Matt Harvey make his second start of the spring, as the Mets played two split-squad games on Friday. Without the Mets brass or even their fans watching his every move, Wheeler was free and relaxed to go about his business at this important milestone.

“Overall, I’m happy with it,” Wheeler said. “I just wanted to go out there get my work in and come out of it healthy. That’s what happened.”

With his first start back now behind him, Wheeler can start to focus on the next step in his return. Wheeler is competing with Robert Gsellman and Seth Lugo this spring for the final spot in New York’s rotation. However, there have been unconfirmed reports this spring that the Mets are planning to keep Wheeler behind in extended spring training, eliminating him from that competition. Wheeler is also aware that the Mets will look to curb his innings this season after two years on the shelf. That could force him to the bullpen at some point, despite Wheeler’s insistence that he remain a starter long-term.

Of course, all of that will eventually work itself out by the end of spring training. For now, Wheeler is happy that he was able to get through his first big league start in over two years feeling healthy. It was a big day for both him and the Mets, who still believe that Wheeler has the potential to be a frontline starter. For Wheeler, it’s just a matter of staying healthy, and now he has one healthy start he can build upon.