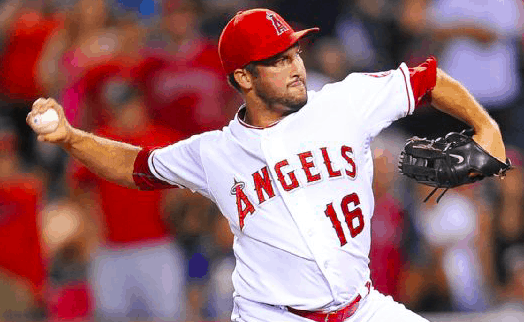 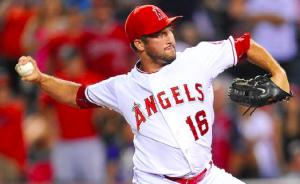 The Los Angeles Angels pitching staff was decimated by injuries last season, and a month before opening day, the injuries have already started in 2017. Angels closer Huston Street will reportedly be out for the next three to four weeks due to a lat injury. The injury makes it unlikely Street will be with the team on opening day.

The injury occurred Friday while Street was making his first appearance of spring training. During his outing, Street complained of triceps irritation. He was removed from the game and sent for an MRI. Team doctors reviewed the MRI and diagnosed Street with a lat strain between Grade 1 and Grade 2.

“One pitch, he kind of looked like he was moving his arm a little bit,” Angels manager Mike Scioscia said after Street was forced to leave Friday’s game. “Then he threw another pitch and it looked like there was discomfort.”

An injury this early in spring is the last thing Street wanted coming off the worst season of his career and a year that was plagued by injury problems. Street missed a month early in 2016 because of an oblique strain. He then went down in early August with a knee injury that ultimately required season-ending surgery. When he was on the mound, Street posted a 6.45 ERA, giving him a lot to prove in 2017, especially with free agency looming next offseason.

After his injury problems and poor performance last season, Street was expected to compete in spring training in order to retain his job as the Los Angeles closer, despite having 324 big league saves on his resume. Having to compete for a job in the spring was certainly a setback in Street’s career, but not something he was worried about heading into the season.

“I’m not trying to pitch different to win a job. The last time I was in a competition was 2009, and I said the same thing in camp then that I’m going to say now,” Street said early in camp. “I’m going to go and do my best and pull for these guys. These other guys are my teammates. I’m pulling for them to do well and I’m pulling for myself to do well. But I want to be the closer, and I hope they choose me. I don’t think there’s anything wrong with that.”

However, with Street being unable to throw for three to four weeks, he may not be able to factor into the competition at all, which is bad news for both him and the Angels.

“You don’t want to see a situation where a guy puts in so much work in the wintertime, not only with his own rehab but with his conditioning and how he approached everything (and then suffer an injury),” Angels GM Billy Eppler said about Street’s injury. “You don’t want to see this happen. Regardless, we’re disappointed, and I know he is as well.”

Without Street as an option, Andrew Bailey and Cam Bedrosian will now compete to open the season as the Los Angeles closer. Bedrosian struggled early in his big league career but broke out in a big way last season, posting a 1.12 ERA in 45 appearances. However, he’s been slowed by a groin injury this spring and is yet to appear in a game.

Bailey, meanwhile, served as Oakland’s closer early in his career, saving 75 games in 84 opportunities from 2009 to 2011. He’s rarely served as a closer since, but his past experience as a closer, including six saves with the Angels last year, figure to give him a leg up over Bedrosian.

Despite Street’s struggles last season, losing him to an injury at this point of the season is a significant loss for the Angels, who don’t exactly have a deep bullpen. It could be deep into April, if not May until Street is ready to pitch in the majors. When he’s healthy, Street is a quality late-game reliever, but until he returns to full health, the Angels will have to find a way to survive without him.