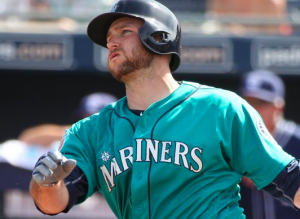 The Arizona Diamondbacks, as they were expected to do, shored up their catching situation on Friday by signing veteran backstop Chris Iannetta to a one-year deal. Iannetta will make $1.5 million in 2017, as he helps fill Arizona’s need behind the plate after the Diamondbacks parted ways with Welington Castillo following the 2016 season. He’s the second free agent catcher the Diamondbacks have signed this winter, adding Jeff Mathis earlier this offseason.

The 33-year old Iannetta is heading to a new team for the second consecutive offseason. He spent the first six seasons of his career with the Colorado Rockies before enjoying a four-year stint with the Los Angeles Angels. He then signed a one-year deal with the Seattle Mariners last offseason and ended up starting more than half of Seattle’s games in 2016. However, after his second straight disappointing season offensively, interest in Iannetta was lacking this winter, allowing the Diamondbacks to sign him at a reasonable price at this stage in the offseason.

With Mike Hazen taking over as Arizona’s new GM, the Diamondbacks are placing a greater emphasis on defense at the catcher position, which is likely why the more offensive-minded Castillo wasn’t retained for 2017. Despite poor defensive metrics last season, Iannetta has been one of the most reliable defensive catchers in baseball over the last handful of years, and the Diamondbacks are hoping he can help them in that area this season.

“He took a big step forward in 2015 defensively,” Hazen said of Iannetta. “We talked, he and I, and we really want to focus on getting back to that. He’s always been a good defensive catcher, but he was a really, really good defender that year. We talked about that being sort of the goal.”

Offensively, Iannetta is coming off the two worst seasons of his career. He hit just .188 in 2015 during his final season with the Angels, and he wasn’t much better last year in Seattle, hitting just .310 with a .631 OPS. Nevertheless, he’s averaged nine home runs per season over the last five years since leaving Coors Field. Hazen also praised Iannetta’s ability to control the strike zone and get on base. “He has a really good eye and good knowledge of the strike zone,” Hazen said. “That can really be a good complement to our team.”

Of course, how much Iannetta will play this year remains unclear, as the Diamondbacks are likely to go with three catchers on their roster, with Iannetta joining Mathis and Chris Herrmann. Both Iannetta and Mathis are right-hand hitters, so there’s no obvious way to platoon the two. Meanwhile, Herrmann is a left-hand hitter who had a breakout season offensively last year. However, he’s a less accomplished defensive catcher than the veterans Iannetta and Mathis. Herrmann could also get at bats as a backup at other positions.

The addition of Iannetta may not make a huge impact on paper, but if the Diamondbacks value defense over offense behind the plate, he’s an ideal signing. Even if he doesn’t become Arizona’s full-time catcher, his defense and ability to handle a young pitching staff should have a positive impact on the Diamondbacks in 2017.