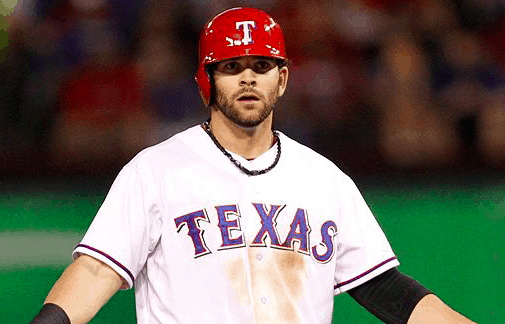 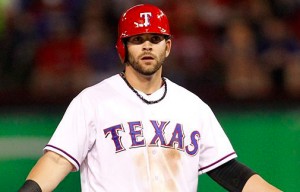 The Boston Red Sox capped off a busy day at the winter meetings by signing a new first baseman. The Red Sox have reportedly agreed to terms with Mitch Moreland on a one-year deal worth $5.5 million. The deal is pending a physical and has not yet been announced by the team. The 31-year old Moreland has spent his entire big league career with the Texas Rangers.

The signing of Moreland is likely to be the last big move the Red Sox make at the Winter Meetings. Boston began Tuesday by trading for relief pitcher Tyler Thornburg, surrendering corner infielder Travis Shaw and two prospects to get him. The Red Sox then made the biggest move of the offseason by landing ace Chris Sale in a blockbuster trade with the Chicago White Sox.

After completing those two moves, the Red Sox opened up space on their roster for Moreland. Shaw would have been an option to play both third base and first base in 2017, and so the Red Sox lost some flexibility at those positions by trading him. Boston also traded prospect Yoan Moncada, who would have been at option at third base in 2017, at least during the second half of the season. Without those two in the equation, the Red Sox had more of a need for a first baseman who also profiles as a designated hitter.

Moreland figures to split time between first base and DH with Hanley Ramirez in 2017. Moreland won the Gold Glove in 2016 while playing with the Rangers, so he figures to get a majority of the time in the field, with Ramirez seeing most of his time at DH. With Shaw and Moncada no longer with the team and Moreland the likely starter at first base, Pablo Sandoval will get a chance to play at third base every day, rather than switching to first base, becoming a DH, or being relegated to a bench role.

Moreland is coming off a somewhat disappointing season offensively. After a career year in 2015, he hit just .233 in 2016, although he provided plenty of power with 22 home runs and 21 doubles. However, his .720 OPS was the second lowest of his career. That being said, $5.5 million on a one-year deal is a nice value signing by the Red Sox for a player who has hit at least 22 home runs in three of the last four years.

One other factor to consider is Moreland’s success at Fenway Park throughout his career. The lefty slugger has a career line of .341/.378/.683 in 45 plate appearances at Fenway. Moreland may not be an ideal lineup replacement for the retired David Ortiz, but if his numbers at Fenway are any indication, he should do fine, especially since he knows he’ll be a free agent again next offseason.

When looking for a bat to replace Ortiz, the Red Sox declined to go after a big-name free agent who would have required a long-term commitment. Instead, they decided to sign Moreland, who comes on a one-year deal at an affordable price, especially for a player who is an upgrade defensively and is a safe bet to hit at least 20 home runs. In that sense, the signing of Moreland was a great way for the Red Sox to cap off an eventful and fruitful day at the Winter Meetings.