Can Anyone Beat Alabama? Anyone?

Last year’s game was close, but for most of the streak, Alabama has destroyed Tennessee. But before the latest edition of the rivalry was played Saturday, some fans believed their Volunteers might have what it takes to beat Alabama finally. Their defense was tough enough, and with the collection of dynamic playmakers they have on offense, Tennessee could at least provide the Crimson Tide with a challenge.

Maybe. Should Alabama make a mistake or two, the Volunteers might even win. 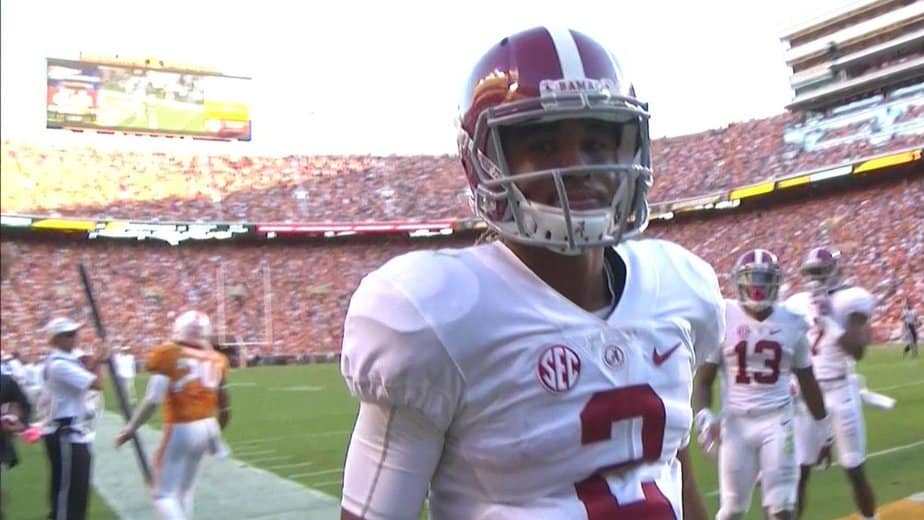 Well—Alabama can be credited with two mistakes (an interception and fumble), but the Volunteers made more making the result as predictable as where the sun rises and sets. It was another Alabama blowout, 49-10.

But not just any old, run of the mill blowout. With a 39-point margin of victory, it was the largest Alabama has ever had against a top 10 school. It was also the largest over Tennessee since a 51-0 Alabama win in 1906.

Tennessee’s best chance was to force Alabama quarterback Jalen Hurts to beat them with his arm. Hurts didn’t have a stellar day (16-26 for 143 yards and an interception), but he didn’t have to because the run game worked as well as it did—438 yards. When you average 8.9 yards a carry why would you bother to throw the ball?

You only need to keep defenses honest when they appear like they might be able to stop you. Tennessee’s didn’t have a chance.

Tennessee’s offense only had one turnover (an interception) a week after giving up seven to Texas A&M, but that didn’t matter. The Alabama defense didn’t need turnovers. They just didn’t allow the Volunteers to move the ball. Joshua Dobbs finished the day with 92 yards passing, and Alvin Kamara had just 28 total yards a week after tallying 288 against Texas A&M.

Not only did Alabama’s defense dominate the Tennessee offense, but Crimson Tide defense and special teams scored more (14) than the Volunteers did on offense (10 points). Alabama now has 11 non-offensive touchdowns on the season. That’s more than some teams have scored on offense and equal to the number their defense has given up.

So basically, Alabama whipped the No. 9 team in the nation in every facet of the game—which brings a question to mind. Who the heck can beat these guys?

In conference, the only team that they have yet to play that may have a chance is Texas A&M. The Aggies are scoring 40 points a game, generating over 530 yards of offense a game, and hold opponents to just 19 points a game. Like Alabama, they do most of their damage on the ground (274.3 yards a game) (NCAA).

But can they do so against the best run defense in the nation? Can Trevor Knight minimize the mistakes and not throw an interception?

If the Aggies don’t do it, then who?

Ohio State and Michigan are the only other likely candidates. Both have excellent defenses and high-powered offenses that could give the Alabama defense a run for its money. As nice as it would be for both to have a shot at Alabama, the winner of their regular season finale matchup will likely knock the loser out of the top four.