Gambling can be fun. The thrill of winning something that would have otherwise been unattainable can be intoxicating, to say the least. Every Carolina Panthers fan knows that feeling all too well. “Riverboat” Ron and his gambling ways helped lead the team to the Super Bowl last year and the division title in each of the last three seasons.

However, at the same time, the agony of defeat that comes when a gamble doesn’t pay off can be soul crushing. Again, a feeling Carolina Panthers fans know all too well after seeing their team get decimated in the Super Bowl and off to a 1-5 start this season.

The look on Cam Newton’s face says it all. 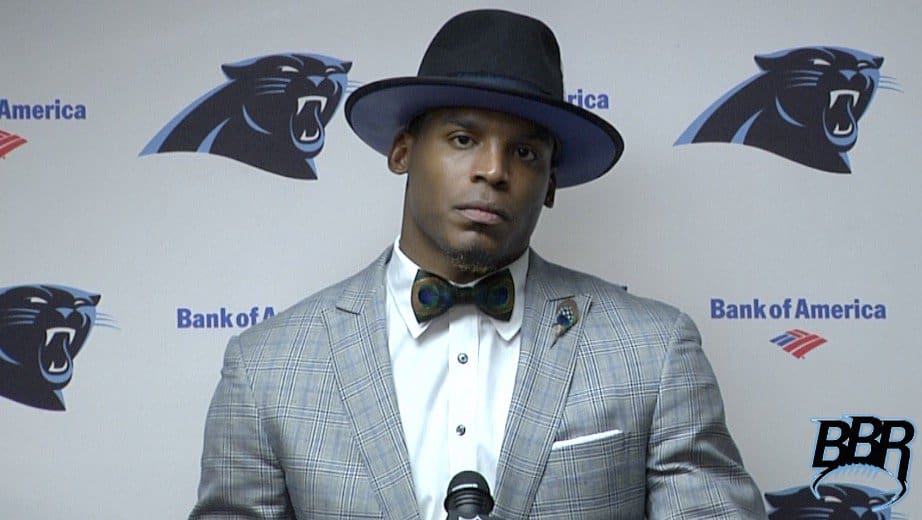 After winning the league MVP last season, expectations were high for Newton this season, but his struggles are not the only reason why the team is taking a five-game losing streak into its bye week. He’s the same guy he’s always been—a big, athletic guy that can run over just about anyone and a capable passer.

As good a runner as he is, he does most of his work on designed runs. Denver noticed this and blitzed him quite a bit during the Super Bowl, and well—we all know how that turned out. So this season more teams are blitzing the Panthers, and it’s affecting Newton’s game.

In spite of the increased pressure and the injuries to his offensive line and backfield, Newton still has the offense generating 394 yards a game (4th) and 26.8 points (6th) (NFL). While they were scoring more last season (31.2 points a game; 1st) they are generating more yards this season (366.9 yards a game; 11th)(NFL).

With such a negligible difference with the offensive production, the team should have a better record than it does. So what’s the problem?

Easy—they gambled on the defense and lost.

Teams struggled to do anything against them last season—but this year it’s a different story, and they only have themselves to blame.

The front seven hasn’t really changed, but the secondary lost Charles Tillman to retirement, Roman Harper to the Saints, and Josh Norman to free agency. Their departures have left the team dependent on young, unproven defensive backs. They could have had at least one if they had paid Josh Norman what he wanted, but the team decided to gamble on his success being more of a product of the pass rush than Norman’s own skill and talent.

It’s a gamble they have clearly lost.

This season the pass defense is giving up almost 50 more yards a game—282 this season (25th) relative to 234 last season (11th). They have already given up 13 passing touchdowns and have only six interceptions through six games. Two weeks after giving up 503 yards to Matt Ryan and the Falcons they gave up 465 to Drew Brees and the New Orleans Saints making them the only team in the Super Bowl era to give up over 450 yards passing twice in a single season.

They gambled on the front seven being more important than the secondary, and it costs them each and every week. The pressure simply isn’t there which means opposing quarterbacks have time to pick apart Carolina’s inexperienced secondary—and they are.

As a result, the offense has put up 30+ points twice and still lost, and unless something changes, they are going to do it a few more times this season.

Each time they do, fans will see Cam Newton dressed to the nines at the press conference looking like someone stole his ball, kicked his dog, dumped his soda out, and made him eat broccoli without any cheese.