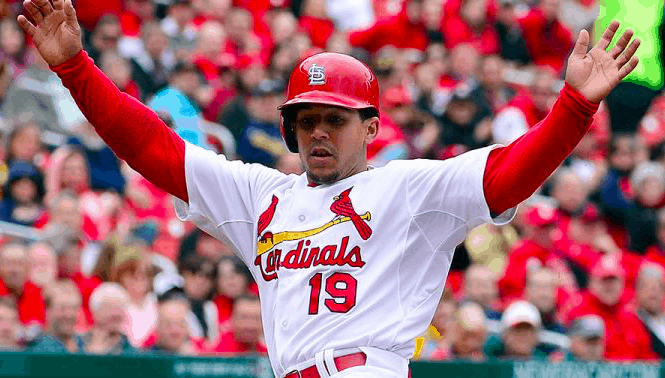 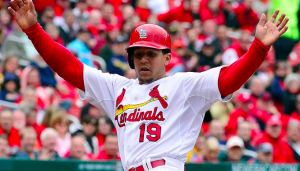 The world champion Chicago Cubs have made their first addition of the offseason, as they look to defend their title in 2017. Tuesday night, the Cubs announced the signing of outfielder Jon Jay on a one-year deal worth $8 million.

While Jay is not a major addition for the Cubs, his signing gives the Cubs versatility in their outfield and all but ensures that Dexter Fowler will not return to Chicago next season, as Fowler weighs his options on the free market after declining a qualifying offer from the Cubs earlier this offseason.

The Cubs are fairly familiar with Jay, as he spent the first six seasons of his big league career with the St. Louis Cardinals. Following a poor 2015 season, the Cardinals decided to part ways with Jay, who bounced back nicely last season with the San Diego Padres, hitting .291 with a .728 OPS despite missing more than two months with a broken arm.

“One of the things that I respected is that the Cubs made it clear they are careful about the players they go after and recruit,” Jay’s agent, Nez Balelo, said about the signing. “The Cubs have built a chemistry over the past two seasons they believe has helped them evolve into a winner. I believe Jon Jay checked all of their boxes.”

The exact role Jay will play on Joe Maddon’s team remains to be seen, as he does join a rather crowded outfield situation in Chicago. Jay is an excellent defensive center fielder who is also capable of playing the other two outfield spots. He is also a left-handed hitter, which was something the Cubs were looking to add this winter to help balance out their lineup.

Jay could potentially be part of a platoon in center field with youngster Albert Almora Jr., a right-handed hitter. The 22-year old Almora was solid after being called up to the majors a little ahead of schedule in 2016. He figures to be Chicago’s center fielder of the future, although the signing of Jay could be seen as insurance in case he’s not quite ready for a full-time job in the big leagues. A platoon between Jay and Almora could help the latter get acclimated to playing a full season in the majors, or allow Almora to get more seasoning in the minors.

If Jay and Almora end up sharing center field, the Cubs will have Jason Heyward and Jorge Soler in the corner outfield spots. However, if the Cubs intend to make postseason hero Javier Baez their regular second baseman, it would mean pushing Ben Zobrist to the outfield, where he played during the playoffs. The Cubs may also need to find a spot in the outfield for Kyle Schwarber, who missed most of 2016 with a knee injury but returned for the World Series.

An alternative idea would be having Almora start the season in the minors, move Heyward to center field and use Jay as the primary backup at all three spots, opening up the two corner outfield spots for Zobrist, Schwarber, and Soler. However, it’s unlikely the Cubs would have been so quick to sign Jay if they only envisioned a backup role for him.

Instead, the acquisition of Jay likely means that the Cubs will look to trade Soler, as well as versatile outfielder Matt Szczur. Considering the versatility of Zobrist, Kris Bryant, and Willson Contreras, who can all play the outfield if necessary, there may not be room in Chicago’s outfield for Soler and Szczur. In that sense, the signing of Jay has changed the shape of the Cubs’ outfield in 2017, and opens the door for the team to make a couple moves that could help them reinforce other areas of the roster.