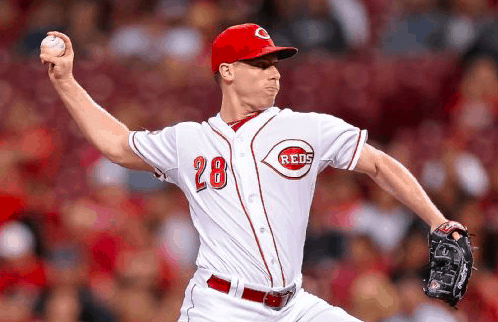 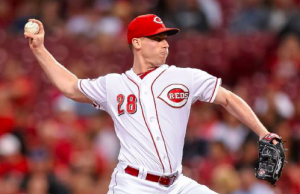 The odds are already stacked against the rebuilding Cincinnati Reds heading into the 2017 season, and now it appears as if they will be without their ace on opening day. After being forced to the sidelines at the end of February because of elbow tenderness, Cincinnati ace Anthony DeSclafani is behind schedule and unlikely to be ready to pitch on opening day. It’s the second year in a row that DeSclafani has been in line to be the team’s opening day starter, only to see an injury to take the honor away from him.

“It’s pretty annoying,” DeSclafani said on Sunday about missing opening day. “I definitely didn’t think it would affect it like that since it was over a month out. I don’t know. I guess the way it’s mapped out, there is no chance. I would like to be optimistic, and maybe if it’s feeling really good and we take it day-by-day. I hope there is a chance somehow.”

A year ago, an oblique injury he suffered in his last spring start forced DeSclafani to the DL at the start of the season, preventing him from pitching on opening day and keeping him out for the first two months of the season. DeSclafani returned in June and ended up making 20 starts for the Reds, going 9-5 with a 3.28 ERA.

“That was definitely more heartbreaking since it was right there,” DeSclafani said about last season. “I guess I have a month to think about it and get over it. It is what it is.”

The irritation in DeSclafani’s elbow has subsided enough for him to throw a bullpen this coming Tuesday. However, the 26-year old righty is still a week away from pitching in a spring training game, which will make it difficult for him to build up enough endurance to start on opening day. After dealing with elbow tenderness early in camp, the Reds have no plans to rush him back.

“It’s a four-start minimum, with a potential for a fifth, based on — number one — if he gets through these games healthy and — number two — where we slot him in the rotation,” explains Reds manager Bryan Price.

DeSclafani is obviously disappointed to have a potential opening day start thwarted by injury for a second straight season. But he’s also thinking about the big picture and is hopeful that he’ll still be able to make a start the first week of the season.

“That’s the goal. I’d rather have 30 starts any day anyway, pitch a whole season and help the team out,” DeSclafani said. “I don’t want to do what I did last year and miss 10 starts.”

Meanwhile, there’s now great uncertainty over who will be Cincinnati’s opening day starter. There’s already two rotation spots up for grabs this spring, one more than expected with Homer Bailey set to miss the early part of the season after undergoing elbow surgery. Other than DeSclafani, only Brandon Finnegan and Scott Feldman appear to be locked into the starting rotation to begin the season.

“I can tell you now, I have no idea,” Price said when asked who would start opening day now that DeSclafani is not available. “This has really set us back. Without trying to be coy, at this point in time, I have no idea who our opening day starter is.”

With any luck, DeSclafani will return from his elbow issue and be able to make his season debut soon after opening day. However, if there’s one pitcher on the Reds who deserved that honor, it was DeSclafani, especially after missing out on the chance to do so last year. The setback for DeSclafani, on top of the injury to Bailey, is also a bad omen for the Reds, who may be in for a long season in 2017 if their starting pitchers can’t stay healthy.