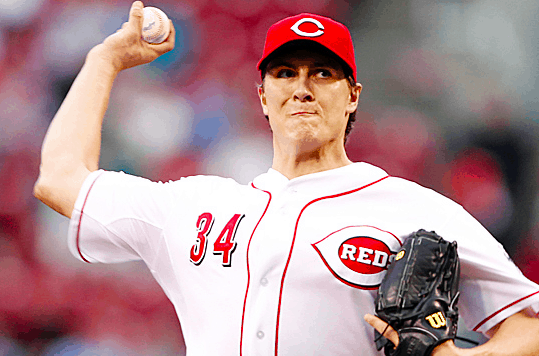 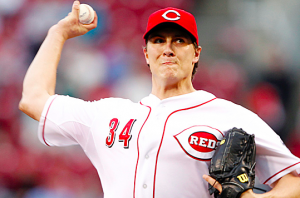 Spring training hasn’t even started yet and already the Cincinnati Reds have experienced a setback in 2017. The club announced Wednesday that starting pitcher Homer Bailey will be out for the next four to six weeks after undergoing surgery to remove small bone spurs in his elbow. He will likely begin the 2017 season on the DL. The surgery is yet another injury setback for Bailey, who has started just eight games for the Reds over the past two years.

Bailey was throwing in preparation for spring training when he began experiencing discomfort in his elbow. Scans of his elbow revealed the bone spurs, prompting Bailey to undergo arthroscopic surgery to remove them. The silver lining is that the scans that showed the bone spurs showed no damage to Bailey’s flexor mass tendon or ulnar collateral ligament, both locations of previous injuries for the righty.

Bailey established himself as a full-fledged member of Cincinnati’s rotation in 2012 and 2013, pitching a no-hitter in each season. The Reds rewarded him with a six-year, $105 million contact prior to the 2014 season. However, since signing that deal, Bailey’s career has been little more than a series of injuries and setbacks.

His 2014 season was cut short in the middle of August by a flexor mass tendon injury that ultimately required surgery. He was then only able to make two starts in 2015 before tearing his UCL and undergoing Tommy John surgery. The Reds were expecting him back from Tommy John last May, but after experiencing elbow pain during minor league rehab starts, Bailey didn’t return to the big leagues until the end of July. After posting a 6.65 ERA across six starts, Bailey was shutdown for the season due to tenderness in his biceps.

The Reds were cautiously optimistic that Bailey would be healthy enough to help anchor their rotation this season alongside Anthony DeSclafani and Brandon Finnegan. Bailey became even more important to Cincinnati’s rotation last month when the Reds traded Dan Straily to the Miami Marlins. With Bailey hurt and Straily in Miami, the Reds now have a great deal of uncertainty in their rotation behind DeSclafani and Finnegan.

Bailey’s absence from the opening day roster should secure a spot in the team’s rotation for veteran Scott Feldman, who the Reds signed last month to add stability, versatility, and leadership to an otherwise young pitching staff. However, the Reds still have two spots in their rotation to fill during spring training. Cincinnati does have a slew of young pitchers to compete for those two spots, including top prospects Amir Garrett and Robert Stephenson, as well as Tim Adleman, Cody Reed, and Rookie Davis.

The injury to Bailey may also open the door a little wider for Bronson Arroyo, who is returning to the Reds on a minor league deal with hopes of earning a spot in the rotation and re-starting his career after a two-year absence form the big leagues due to injury. With Bailey unavailable at the start of the season, the Reds may be more receptive to Arroyo becoming part of their rotation if he proves himself to be healthy and effective during spring training.

Bailey going down so close to spring training is a huge setback for both him and the Reds. Even if he makes a quick recovery, the surgery will prevent Bailey from pitching a full season for the fourth consecutive year, as his career continues to be hampered by injuries. Meanwhile, the Reds already have a lot stacked against them with regard to being a competitive team in 2017, and it won’t get any easier with Bailey on the shelf to start the season.