"Mr. Price has been given the "Billy Walters treatment" by the betting establishments in the Las Vegas area, due to his distinct ability to pick winners and cost casinos millions."
Home
Baseball
Colorado Rockies Sign Ian Desmond To Five-Year Deal

Posted on December 7, 2016 by Bryan Zarpentine 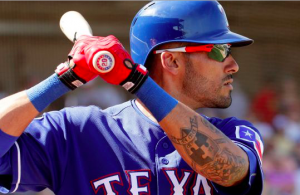 The Colorado Rockies have agreed to a contract with free agent Ian Desmond. The team is yet to confirm the deal, but multiple outlets are reporting the deal is for five years and $70 million. After spending 2016 with the Texas Rangers, Desmond seemed destined to land elsewhere after he turned down a qualifying offer from the Rangers, especially after Texas agreed to re-sign Carlos Gomez. Since Desmond did turn down a qualifying offer, signing Desmond means the Rockies will have to forfeit their first round pick in next year’s draft, which is the 11th overall selection.

The $70 million deal is a huge turnaround for Desmond from last offseason. He infamously turned down an extension with the Washington Nationals worth more than $100 million so he could explore the free agent market. But when he got to the open market last winter, he didn’t find the interest he was expecting after a subpar season in 2015.

Desmond ultimately settled for a one-year deal with the Rangers for $8 million, a deal that also included a move to the outfield. While playing primarily in center field, Desmond had a bounce back year with the Rangers in 2016, hitting .285 with an OPS of .782, putting him in better position to land a long-term deal than he was a year ago.

Much like his move to Texas last offseason, early indications are that Desmond’s move to Colorado will come with a position change. The Rockies were not seen as being a viable suitor for Desmond because of their outfield setup of Charlie Blackmon, Carlos Gonzalez, and Gerardo Parra, in addition to youngsters David Dahl and Raimel Tapia being all but ready for full-time jobs in the big leagues.

It appears that the Rockies are prepared to shift Desmond, who played shortstop for much of his career, to first base, where Colorado has no other options on the active roster outside of youngster Jordan Patterson, who has limited experience at that position.

But even if Desmond is penciled in at first base for now, signing him does give the Rockies some flexibility to move him elsewhere on the diamond. Knowing Desmond can also play the outfield, the Rockies may now entertain trade offers for one or two of their current outfielders. There were rumblings earlier this offseason that the Rockies and Gonzalez had mutual interest in an extension, although trading him could still be on the table. There would also be great interest in Blackmon if the Rockies were to make him available in a trade, so Colorado has plenty of options with regard to its outfield alignment for 2017.

The Rockies may also be planning on making Desmond their first baseman for just for one year until Gonzalez hits free agency. If Gonzalez signs elsewhere next winter, Desmond could then move to a corner outfield spot, especially if prospect Ryan McMahon is ready to take over at first base.

Of course, regardless of where Desmond plays in the field, he will add plenty of offense to an already potent lineup. Barring any other roster moves, Desmond joins a lineup that includes Gonzalez, Blackmon, Nolan Arenado, Trevor Story, and D.J. LeMahieu, giving the Rockies loads of power, even on the road away from Coors Field. Desmond also brings defensive versatility and a veteran presence in the clubhouse, making him a strong and rather surprising addition for the Rockies this offseason.