Colorado Rockies Will Be Without Tom Murphy, Ian Desmond for 4-6 Weeks 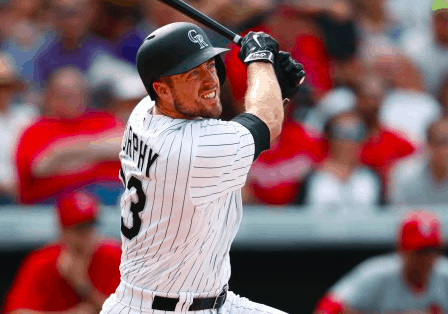 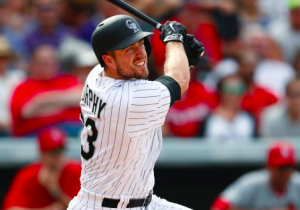 The Colorado Rockies have high hopes for the 2017 season, but it appears as if the early part of their season will be plagued by injuries to several key players. There is already uncertainty around outfielder David Dahl, and now the Rockies know with certainty that catcher Tom Murphy and first baseman Ian Desmond will each be on the shelf for the next four to six weeks.

Desmond broke his left hand over the weekend when he was hit by a pitch during a spring training game. Reports indicate that he will undergo surgery on Wednesday to insert a splint to aid in the healing process. An exact timetable won’t be known until after the surgery, but early estimates are that Desmond will be able to return towards the end of April. That timeline is better than it could have been but still leaves the Rockies without their top offseason acquisition for the first month of the season.

Murphy, meanwhile, suffered a hairline fracture in his right forearm during a spring training game Saturday when his arm collided with the bat of Cubs first baseman Anthony Rizzo on a throw to second base. Rockies manager Bud Black reported on Tuesday that Murphy will be out of action for four to six weeks, making his timeline similar to Desmond’s.

“Inadvertent, obviously one of those things that happens when you play baseball, when you play professional sports,” Black said of Murphy’s injury. “We have to let the human body heal this, and we’ll make adjustments moving forward.” Black adds, “We’ve had a tough time with bones here lately.”

The loss of Desmond is obviously bigger from Colorado’s perspective, but the Rockies may only have to look as far as last year’s first baseman, Mark Reynolds, to find his replacement. Jordan Patterson and Gerardo Parra are also options at first base while Desmond is out; but Reynolds, who is in camp on a minor-league deal, is preparing as if Black will be writing his name on the lineup card on opening day.

“Coming in, it was pretty obvious what my role was going to be, playing left, third, first. That’s what I was prepared to do, but always being ready to get out there regularly. Unfortunately, Ian got hurt yesterday,” Reynolds said Monday.

Black also seems to have confidence in Reynolds filling in at first base for as long as Desmond remains out.

“He’s athletic,” Black said of Reynolds. “He’s got good hands. Not watching him play last year but watching video and hearing our guys talk about him, he was above-average as a defender at first. He made plays. Our guys feel really comfortable about him playing the position. So does he.”

The absence of Murphy may be a little more complicated. The Rockies resisted the urge to sign a free-agent catcher this winter, as the club believed that Murphy and Tony Wolters were ready to share the duties full time. With Murphy now unavailable for the first month of the season, it’s unclear what the team’s plan is behind the plate.

The only other catcher on Colorado’s roster is Dustin Garneau, who’s a lifetime .196 hitter in just 138 big-league at-bats. Garneau could serve as the backup until Murphy returns, although that would put a lot of pressure on Wolters to catch every day, despite having started just 58 games behind the plate in the majors.

On the surface, the news could be worse for both Desmond and Murphy, and if the two only miss the first month of the season, the Rockies appear to have the depth to make up for their absence. Nevertheless, the injuries to Desmond and Murphy, on top of Dahl’s injury woes and the recent news that Chad Bettis needs to undergo treatment for cancer puts the Rockies in a difficult position heading into the season. Colorado needs a bit of good fortune in order to compete in 2017, and so far that’s not happening on the injury front.