Ian Desmond Suffers Broken Hand After Getting Hit By Pitch 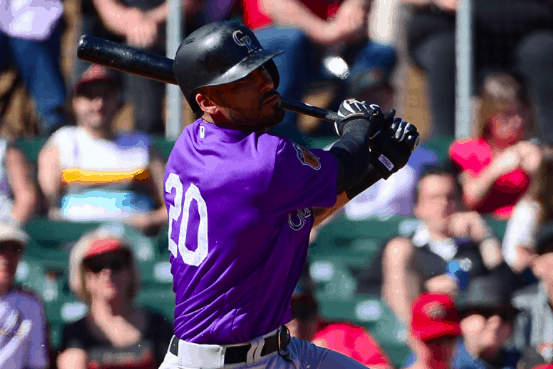 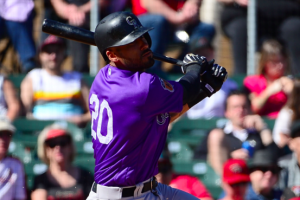 The Colorado Rockies will be without their biggest offseason signing, Ian Desmond, for the foreseeable future. Desmond fractured his left hand Sunday when he was hit by a pitch from Cincinnati Reds pitcher Rookie Davis during a spring training game. An exact prognosis will not be known until Desmond visits with a hand specialist on Monday.

In a unique twist, not only did Desmond leave the game after being hit on the hand, but Davis did as well. The Cincinnati prospect, who is competing for a spot on the team’s opening day roster, revealed after the game that he was being bothered by his ankle prior to throwing the pitch that hit Desmond. Davis says he couldn’t put weight on his ankle as he normally does during his windup, and as a result, his pitch to Desmond got away from him.

Desmond signed a five-year, $70 million deal with the Rockies over the winter after he spent the 2016 season with the Texas Rangers. It was a curious move for a team that usually doesn’t have difficulty scoring runs, especially with an already crowded outfield. However, the plan was for Desmond to be Colorado’s every-day first baseman, despite never having played the position before.

The Rockies are now tasked with finding a temporary replacement for Desmond at first base. Rookie Jordan Patterson may be in line for the job, although he’s inexperienced at first base as well. Patterson started two games for the Rockies at first base last season and has started just 77 games there during his minor league career. Offensively, the left-hand hitting Patterson has the potential to be a solid contributor, although probably not on the same level as Desmond. In triple-A last season, Patterson hit .293 with a .856 OPS.

Gerardo Parra is another option at first base, as he started 16 games for the Rockies at that position last year. However, with David Dahl battling an injury, Parra is in line to be Colorado’s every-day left fielder, which will make it difficult for the Rockies to move him to first base.

The injury to Desmond could also open the door for Mark Reynolds to claim the job at first base. Reynolds started 102 games at first base for the Rockies a year ago but was forced to settle for a minor league contract this year. In addition to having plenty of experience playing first base, Reynolds hit .282 with 14 home runs and 24 doubles for the Rockies last season. Those numbers could make him a suitable replacement for Desmond in the short term, although it could be difficult for him to get regular at-bats once Desmond returns.

If none of the internal options are suitable, the Rockies also have some options still available on the free-agent market. Former Rockie Justin Mourneau could be an option, as could Ryan Howard, Kelly Johnson, or Billy Butler. None of those players are great options defensively, although Johnson could add some positional flexibility once Desmond returns.

Ultimately, how the Rockies respond to Desmond’s injury and how much of an impact it has on their 2017 season depends on the prognosis he gets. With three weeks until opening day, it’s possible that Desmond could recover from the broken hand and return by the end of April. At the same time, one can never be sure how a hand injury will affect Desmond’s offense, particularly his power. The Rockies are obviously hoping for the best, but Desmond’s injury could end up having a profound impact on Colorado’s 2017 season.