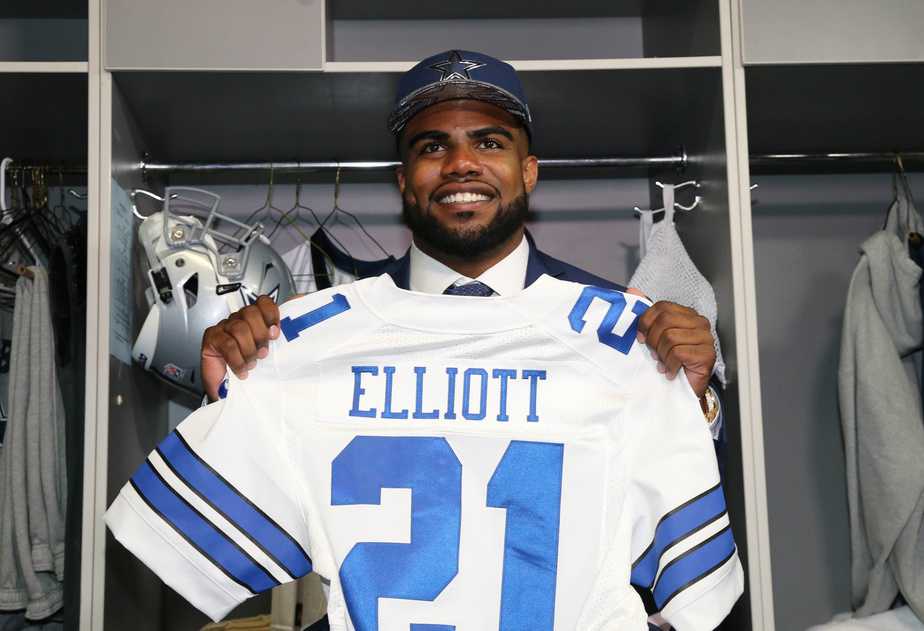 When he was drafted by the Dallas Cowboys, former Ohio State running back Ezekiel Elliot knew he was going to be under a huge spotlight. As a star for one of the best college programs in the country the spotlight was nothing new. However, there is a big difference between running the ball for a national championship team and being the savior of America’s team, the Dallas Cowboys.

Yes, he is the savior of the Dallas Cowboys—the fan’s version of the team, not Jerry Jones’ team. 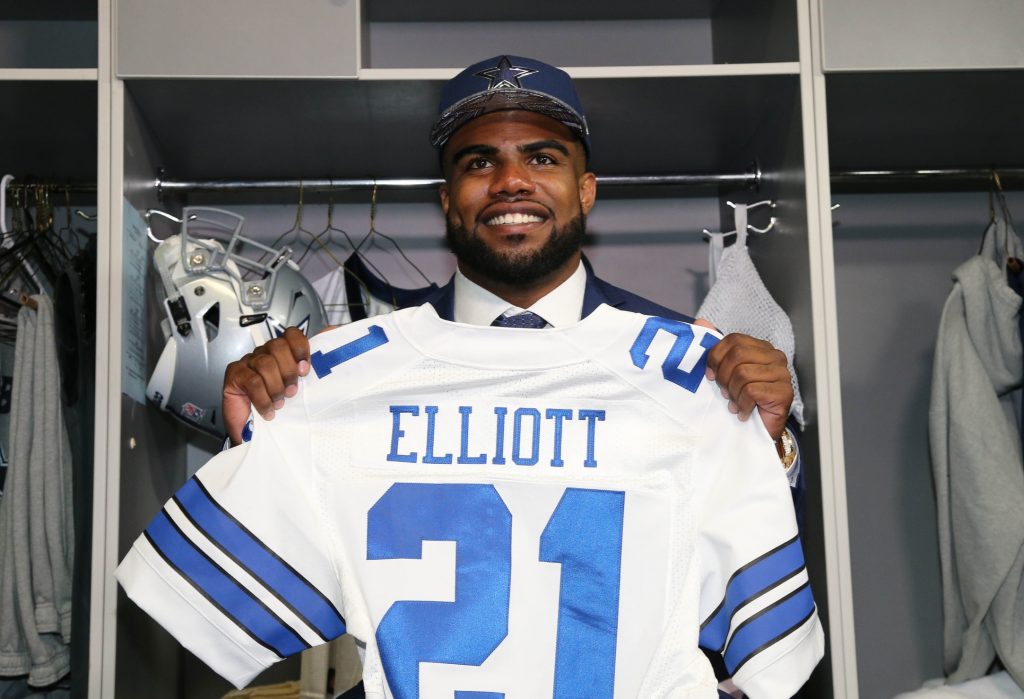 Jerry Jones has figured out how to make a mint off a mediocre product, but fans do not want to see his fortune grow. They want to see their team return to glory. For that to happen, the Cowboys need Tony Romo to remain healthy.

To do so, they have to take pressure off him. A solid run game can do just that. If Elliot can run like he did in college, the Cowboys may actually have one.

So—yeah, the spotlight is bright; so bright that he is already experiencing the highs and lows of stardom before he records his first NFL carry.

Like every other first round pick, he has been showered with love by his new team’s fan base. However, when it comes to the Dallas Cowboys, the fan base is pretty big; bigger than most. Along with his fans from Ohio State, they’ve helped make his Cowboys jersey the No. 1 seller at NFLShop.com (from April 1 to June 30).

Not a bad way to start your career, right? You have yet to do a darn thing, and you are already beating the biggest superstars in the game. It, of course, helps that fans have had plenty of time to buy the jerseys of the other guys while Elliot’s just went on sale—but it’s still a kind of cool win for Elliot.

But was followed up with one of the lowest moments an NFL player can experience these days—domestic violence accusations (ESPN).

She claimed that she and Elliot have been living together for about three months.

In today’s NFL, all it takes is an accusation to be made for a player’s career to be adversely affected. A strong enough public outcry can get a team to impose a suspension, push the league’s investigation along, get him dropped from endorsement deals, and turn the fans against him.

His accuser appears to have been trying to inflict as much damage as possible and even posted pictures of her “injuries” online. Elliot, like most accused of domestic violence, says she’s lying—but his story sounds much more credible than hers.

He says the injuries she claimed he inflicted were from a bar fight. Four witnesses say the incident in the car she claimed she got them from didn’t happen. Elliot says that he and the girl never lived together, but that had been paying her rent, and he did co-sign on a vehicle for her.

According to media reports, Elliot has messages from her stating that she would ruin him if he ever broke up with her. Elliot denies the allegations, of course. The Cowboys are sticking by their rookie running back, but the NFL has to do its due diligence and is investigating the claims.

No charges have been filed at this time.

So weeks before he plays his first down in the NFL he has topped the NFL jerseys sales charts and been accused of domestic violence by an angry, vengeful ex-girlfriend.

Just another day in the life.