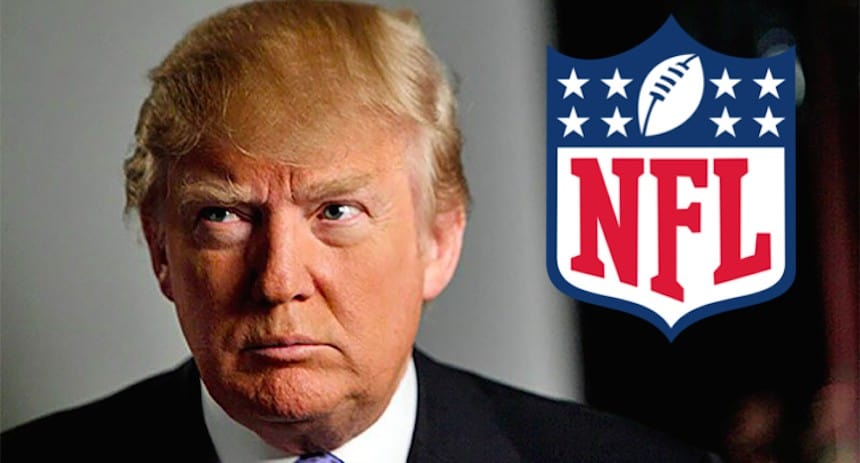 The election cycle has been in full swing for some time, but now that both parties have made their candidates official it is going to intensify to a level that the nation has never seen before. There have been polarizing candidates before, but never two in the same election that have been as polarizing as Donald Trump and Hillary Clinton.

This election will either be the most watched and followed in history or the least because people are so turned off by both candidates. The winner could come down to who makes the least number of enemies or anger the fewest people.

Donald Trump may not make any additional enemies with his latest potential “lie”, but he certainly didn’t make any friends.

What it is this time?

Well—it appears that there are going to be three presidential debates this fall leading up to the election in November. Two of them happen to be scheduled to air at the same time as NFL games, a Monday Night Game featuring the Atlanta Falcons and New Orleans Saint on September 26 and a Sunday Night game between the Tampa Bay Buccaneers and Carolina Panthers on October 9.

Okay—so where does the controversy come into play?

Friday night he decided to send out a tweet blaming Clinton for how the debates were scheduled (ESPN):

“As usual, Hillary & the Dems are trying to rig the debates so 2 are up against major NFL games. Same as last time w/ Bernie. Unacceptable!”

People make all sorts of claims on Twitter, so this is nothing new, but where it turns into a potential problem is when he tries to involve the NFL. In an appearance on “This Week” on ABC he said (ESPN):

“Well, I’ll tell you what I don’t like. It’s against two NFL games. I got a letter from the NFL saying, ‘This is ridiculous. Why are the debates against’ — ’cause the NFL doesn’t wanna go against the debates. ‘Cause the debates are gonna be pretty massive, from what I understand, OK?”

“You know, Hillary Clinton wants to be against the NFL. She doesn’t — maybe like she did with Bernie Sanders, where they were on Saturday nights when nobody’s home.”

The obvious question is why on Earth would the NFL contact Trump at all about the debates? They know that the candidates don’t have anything to do with scheduling debates. So why would they contact him to complain?

They wouldn’t. NFL spokesman Brian McCarthy had this to say via Twitter:

“While we’d obviously wish the Debate Commission could find another night, we did not send a letter to Mr. Trump.” (APPro32)

Looking at the big picture, this is nothing, but you can’t help but wonder what in the world Trump was thinking? Does he really think NFL fans will be swayed that easily? Does he think fans love their football so much that this sort of claim will influence voters?

Of course, what he’s forgetting is that the people that may be affected by this type of rhetoric could care less when the debates are scheduled or anything else for that matter. They will be watching whatever game is on and nothing else.

Maybe that is what he is counting on. Since they aren’t going to listen to the debates, he is trying to gain points by painting Clinton as anti-football. Is there anything more un-American than being anti-football?

In a way—it’s genius, but at the same time, it’s insulting. Many Americans could care less about the debates, who is running for President, or who wins, but does he really think those that do are so simple minded this will work?