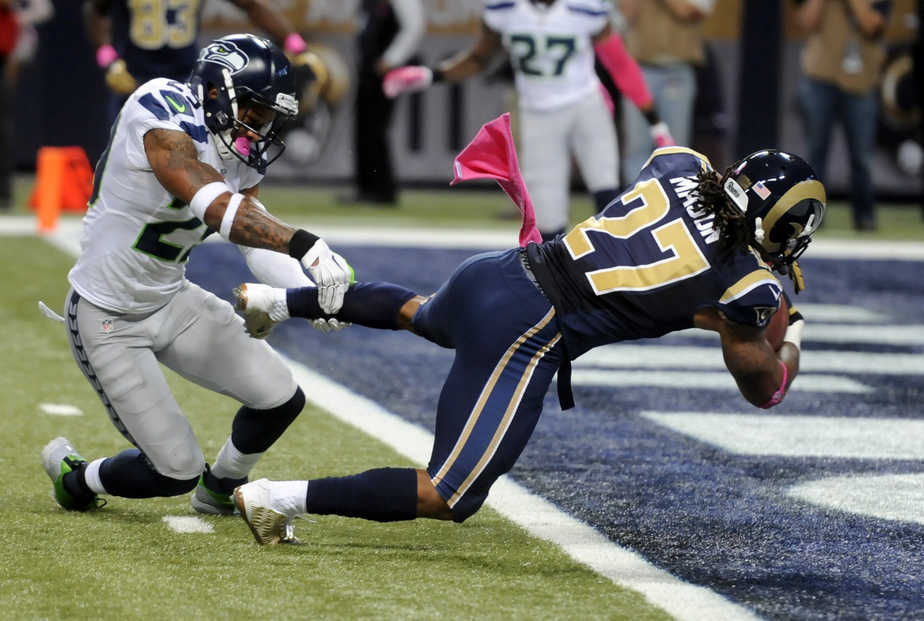 Unless you are a fan of the Los Angele Rams, another NFC West team, the Auburn Tigers, or SEC football, the name “Tre Mason” may not be too familiar to you. A couple of years ago, he was one of the best-running backs in college football.

As a rookie in 2014, he had a pretty decent season in the 12 games that he played in (765 yards, four touchdowns, 4.3 yards/carry). But there is a pretty good chance the Rams may cut him loose by the end of training camp. 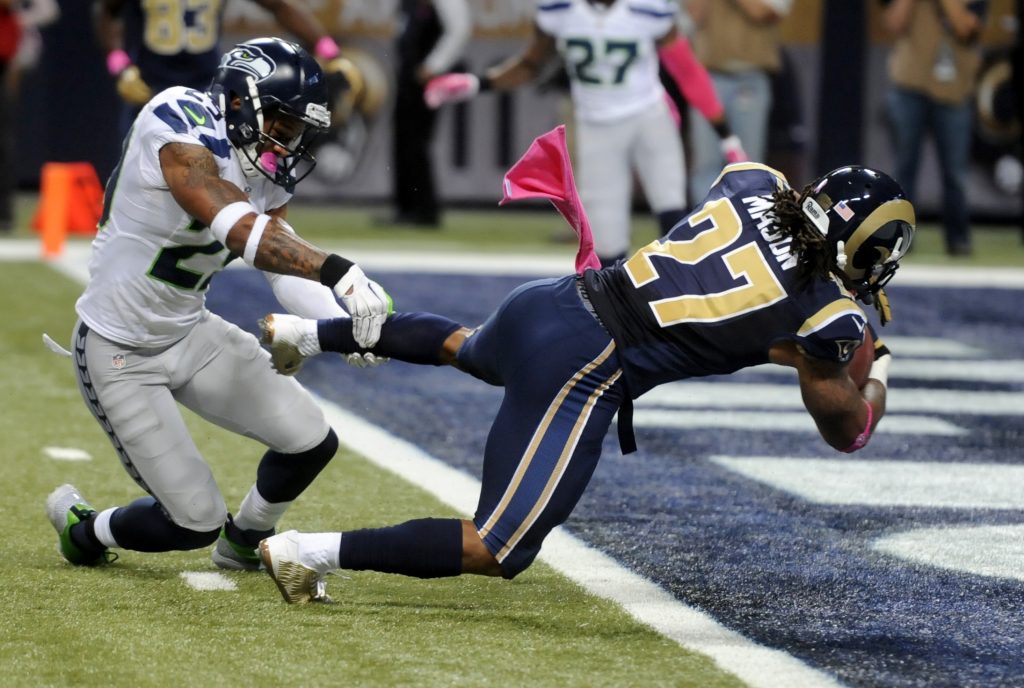 There is also a good chance that no one picks him too.

Todd Gurley is the clear No. 1 running back in Los Angeles. He started the season not quite recovered from the knee injury that ended his college career. Once he stepped on the field, he proved the Rams were smart in taking him when they did.

Gurley’s emergence relegated Mason to reserve/mop-up duty—and he didn’t look like someone that deserved more time when he did play. After averaging a respectable 4.3 yards on 179 carries as a rookie, he averaged only 2.8 yards on 75 carries last season. Tavon Austin—a wide receiver—produced more on the ground than he did.

The team’s quarterbacks and Isaiah Pead (who only had two carries for three yards) are the only ball carriers to average less per carry than him.

If you don’t produce, and you don’t cost the team much, there isn’t much reason to keep you on the roster. Should the Rams decide he is no longer worth a roster spot, cutting him will only cost them $318,750 in cap space; a number that is certainly not enough to make the team second guess cutting him.

His lack of production and low cost have set the stage for his possible release if he can’t give the team a reason to keep him during training camp. Then again, with his off-field issues they may decide he’s not worth holding onto no matter how he looks in training camp.

That is if he makes it to camp; something that head coach Jeff Fisher is not sure will happen. When asked about his absence from offseason activities—which was excused—and how it would relate to the running back depth chart, Fisher had this to say (AL.com):

“No, it’s settled right now,” Fisher said. “I’m pleased with where it’s going. Malcolm (Brown)’s done a great job there as the third, and Chase (Reynolds) is always a guy that you can count on. And we have a couple of young guys that we’re going to let play. In our minds, we just have to prepare ourselves that Tre’s not going to be here.”

Why wouldn’t he be there? It appears that Mason is having some personal struggles.

On March 5, he was arrested after a traffic stop that didn’t go very well for him. He was pulled over for going 75 mph in a 35 mph zone but then decided to give the cops a hard time when they approached his car. He refused to give his name or get out of his vehicle. The cops resorted to using a Taser to get him out of the car and then again once he was out.

The stop resulted in charges of resisting an officer/obstruction without violence, reckless driving, failure to register a motor vehicle and possession of marijuana in an amount less than 20 grams.

Since then, the police have been called out to his house five times, with the latest call occurring last Saturday according to TMZ. No arrests were made, but his family made it clear—they are worried about his mental health.

He hasn’t acted out or been a danger to anyone, but family members are scared of what may happen if he does act out. During one visit, family members told police he hadn’t slept in days. After another, he agreed to check into a treatment facility but never did.

If the team has reason to believe he could be a danger to himself or possibly others, there is no way the Rams will want him at training camp (if he does report). They will not cut him right away if he doesn’t, but towards the end of training camp if he hasn’t reported or given the team a good reason to keep him he’ll probably get cut.

There would be no need to keep him.

With question marks surrounding his mental capacity, there isn’t a team in the league that will consider touching him.