Draymond Green Does Something Unheard Of For A Professional Athlete 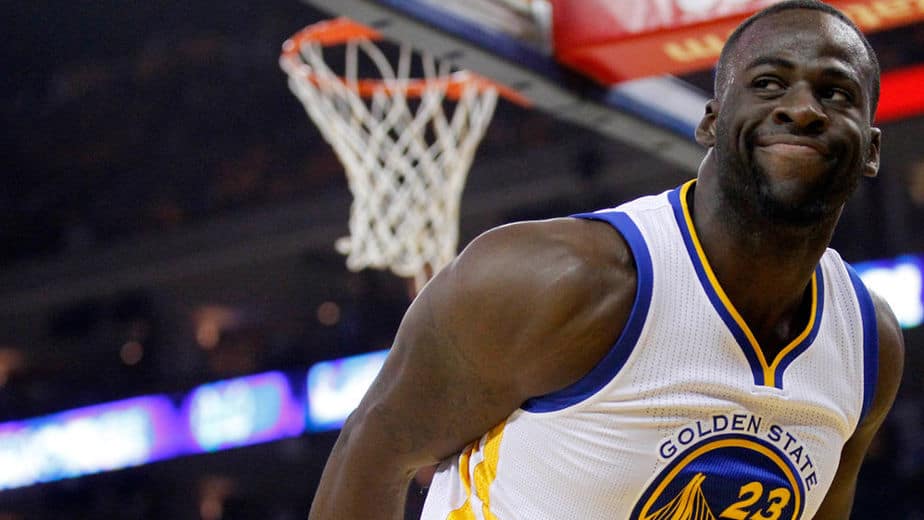 The Golden State Warriors have a good one in Draymond Green. He played a significant role in the team’s success the last couple of seasons, and many think his absence from Game Five is what turned the tide and led to the Cleveland Cavaliers winning the NBA Finals. However, like most great athletes (and people in general), he is flawed.

That much was evident when he was suspended for Game Five and again when he slapped a Michigan State football player (now former player) while hanging out in East Lansing. These incidents do not compare to what he did Sunday afternoon on Snapchat.

He posted a picture of “mini-Draymond.”

It was up for a few minutes, but he eventually realized what he did and took it down. He then tried to do what every athlete and celebrity does when he “accidentally” post an explicit picture online. He used the “Shaggy” defense and said it wasn’t him; he was hacked.

Countless guys have used the “I was hacked” excuse leaving fans to wonder if he really is a dirty dog or if that is indeed the case. In just about every case, the player stands his ground and fans are left to decide on their own if they want to believe him.

This is where Green did something that no other athlete has done (at least not one that a decent search online could find)—he came clean.

He wasn’t hacked. It was him.

“It was a situation where it was meant to be a private message,” Green said (via ESPN). “I kinda hit the wrong button, and it sucks. It was meant to be private. We’re all one click away from placing something in the wrong place, and I suffered from that this morning.”

Alright. Honesty is nice, but you have to wonder a little why he decided to go ahead and come clean. Did he get a few direct messages that liked what they saw? Did he get a few dates out of it? Or was it all about just being honest?

We’ll never know, of course, but it is nice to see an athlete take responsibility for something stupid that he did. The whole mess would have blown over in another day or so and disappeared from the public conscience. So it would have gone away relatively soon.

It’s not like he needs the press. He gets plenty playing for Team USA in Brazil, which may be why he did it.

Brazilian Olympic officials will be distributing close to half a million condoms to the 10,000+ athletes during the roughly three weeks the games are taking place. He’ll be close to thousands of the most finely tuned athletic women in the world in Rio who after finishing their competition may be in the mood to “celebrate.”

According to countless reports in the media and online, things have been known to get a little frisky in the Olympic village—hence the massive number of condoms handed out.

Now the thousands of female athletes and fans in Rio know what they are getting should they decide to hook up with Draymond Green.