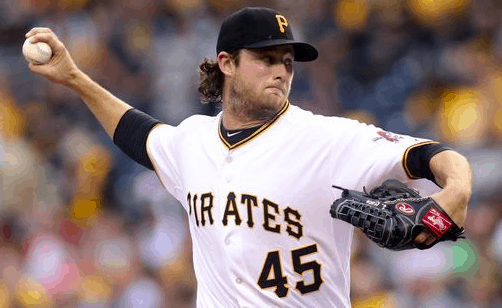 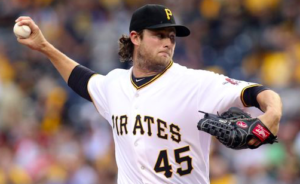 The Pittsburgh Pirates have announced their starters for this weekend’s series against the Washington Nationals, and included on that schedule is Gerrit Cole, who will make his return from the DL on Saturday. Cole went to the DL on June 10 because of a strained triceps muscle in his right arm. He’s been the undisputed ace of Pittsburgh’s starting staff this season, owning a 2.77 ERA in 12 starts.

Before Cole returns on Saturday, Francisco Liriano will kick off the second half of the season for the Pirates Friday in Washington. Rookie Chad Kuhl will follow Cole in Sunday’s series finale against the Nationals. Cole made two rehab starts in the minors in preparation for his return from the DL. He threw eight scoreless innings over those two starts, striking out 12 and allowing four hits.

Following the weekend series in Washington, the Pirates will have next Monday off before returning to Pittsburgh for an eight-game home stand. However, the Pirates have not announced their rotation beyond this weekend’s series, as there are a number of variables, starting with Jameson Taillon, who is eligible to come off the DL after the Pirates gave him some added rest over the all-star break. But the team could decided to keep him on the DL a little longer for even more rest, as the Pirates don’t need a fifth starter in their rotation until the first week in August.

There is also speculation that the Pirates are actively shopping both Jon Niese and Jeff Locke with the hopes of trading at least one of them before the non-waiver trade deadline. The team would be hesitant to announce either as a starter if there is a chance they will be traded. The reason the Pirates may be eager to trade at least one of them is to make room in their rotation for Tyler Glasnow, who made his major league debut last Thursday but has since been sent back to triple-A. Glasnow has little left to prove in the minors, but finding a spot for him in the rotation could be difficult with both Niese and Locke still around and Cole returning from the DL, with Taillon not far behind.

Despite an uneven first half of the season and disappointing performances from everyone in the rotation, save for Cole, the Pirates have won nine of their last 11 games and have crawled within 7.5 games of the first place Chicago Cubs and 1.5 games of a wild card spot. With Cole set to return from the DL, Taillon poised to return soon as well, and the team trying to create an opening for Glasnow, Pittsburgh’s rotation could take on a whole new look as the second half gets underway. If the Pirates are going to make a serious run at returning to the postseason in 2016, it’s going to happen on the back of their rotation, and Cole returning from the DL is a big step in the right direction.