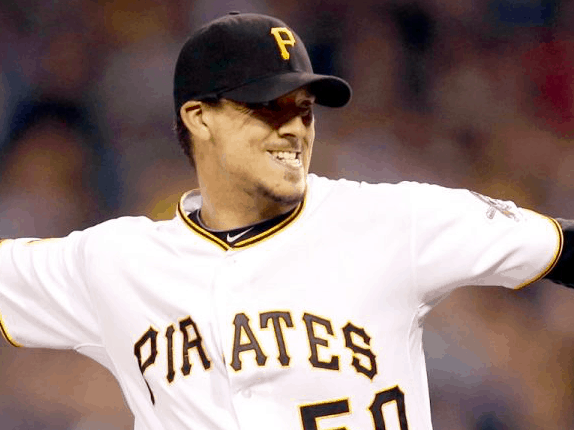 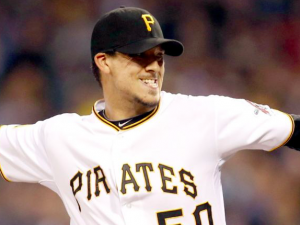 In what most consider to be a weak free agent class for starting pitchers, the Houston Astros aren’t wasting any time before making a move. On Wednesday, the Astros announced that they have signed free agent starter Charlie Morton to a two-year deal. The deal is worth $14 million over those two years, although Morton can make an additional $5 million in incentives.

Morton spent most of his big league career with the Pittsburgh Pirates before being traded to the Philadelphia Phillies last offseason. However, Morton ended up making only four starts for the Phillies. He tore his hamstring while running to first base during his April 23 start and was never able to return from the injury after undergoing surgery with a six-to-eight month recovery time. The Phillies subsequently bought out his $9.5 million mutual option for 2017.

Of course, durability has been a concern throughout much of Morton’s career. He’s made more than 20 starts just three times over his nine years in the majors. In addition to managing just four starts last season, he was also limited to just nine starts in 2012. He’s also managed to cross the 160-inning threshold just once in his career, and that was in 2011. In his career, Morton is 46-71 with a 4.54 ERA.

There is obviously some risk in signing him, which is why his incentive package with the Astros is based on the number of starts he makes each season. Morton will receive $625,000 when he reaches his 15th, 20th, 25th, and 30th start of each season However, committing $7 million in base salary per season to a pitcher who made just four starts last year due to injury, albeit not an arm-related injury, is a somewhat questionable move by the Astros, especially this early in the offseason.

When healthy, Morton is a ground ball machine, which should bode well for him a rather hitter-friendly park in Houston. Among active pitchers with at least 800 innings, only Morton’s new teammate, Dallas Keuchel, has a higher ground ball rate. In addition to having a heavy two-seam fastball that produces a high volume of ground balls, Morton’s curveball also has one of the highest spin rates in baseball, similar to another new teammate, Collin McHugh.

With the Astros expected to lose Doug Fister in free agency this winter, they had an opening in their rotation that Morton will help to fill. Keuchel, McHugh, and Lance McCullers should be at the front of Houston’s rotation in 2017, with Morton helping to fill out the back end of the rotation. Mike Fiers, Joe Musgrove, and Brad Peacock are also options, although Morton will likely have priority over them given the guaranteed two-year contract he just signed and his lack of experience pitching out of the bullpen.

Morton isn’t much of an upgrade over what Houston had in its rotation last season, but after missing so much of 2016, he’s a bit of a forgotten man on the free agent market, so perhaps the Astros can catch lightning in a bottle with him. Moreover, the fact that a pitcher who missed most of last season received two guaranteed years at $7 million per year plus incentives speaks to how little is available on the free agent market when it comes to starting pitching. Morton’s contract could be a sign of things to come this winter in terms of marginal starters cashing in on a weak market.