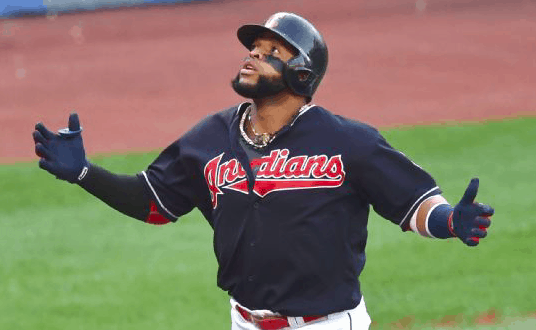 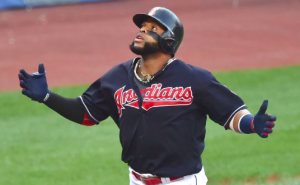 Starting lineups for Game 3 of the 2016 World Series are in, and Carlos Santana is officially starting in left field for the Cleveland Indians. To help bolster their lineup offensively without use of the DH, the Indians are electing to use Santana, who is usually the team’s DH and occasional first baseman, in left field. It’s a risk the Indians are hoping will pay off, but one that could end up backfiring on them.

Cleveland manager Terry Francona admits to being on the fence about what to do with Santana, and even after the team’s workout at Wrigley Field on Thursday, he had not yet made up his mind on what to do. “You try to figure out, ‘OK, what’s our best way to win?'” Francona said to the media Thursday. “If we don’t play him out there, that’s the best way to have nobody second-guessing me. I don’t know if that’s the best way to win.”

Santana has been taking fly balls and been participating in outfield drills for the past several days, but there’s a fine line between practice and a World Series game. In his career, Santana has played just four innings in left field. That experience came in one game during the 2012 season, and for what it’s worth, he caught both of the fly balls that were hit his way.

Even Francona is willing to admit that it’s not an ideal scenario and that he’s nervous about putting Santana in an unfamiliar position. “I have anxiety about it,” Francona said Thursday night. “I don’t know how else to say it, and if he messes a ball up, I’ll take responsibility because I don’t think it’s fair to put it on him.” Francona has also said that he has spoken with Game 3 starter Josh Tomlin about Santana being out in left field.

Santana, meanwhile, is embracing the opportunity. “I’m excited,” he said. “Tito, he tries to put out the best lineup. And this is where we are. I’ll be OK. I’ll be fine. We’ll see what happens when I’m playing left field.”

While Santana isn’t overflowing with confidence, Cleveland’s President of Baseball Operations Chris Antonetti expressed his confidence in Santana’s ability to handle the outfield. “Carlos is a pretty athletic guy,” Antonetti said. “That’s why we’ve been willing to try some of those [other positions with him]. We’re confident that he’ll be able to go out there and perform well enough defensively where it’ll justify having his bat in the lineup.”

Not to be forgotten is the fact that the Indians are putting Santana in left field in hopes of getting some production out of him offensively. Unfortunately, Santana has been sluggish in the playoffs thus far, hitting just .143 and going hitless through the first two games of the World Series. His two solo home runs in the ALCS against the Blue Jays account for his only two RBIs of the playoffs.