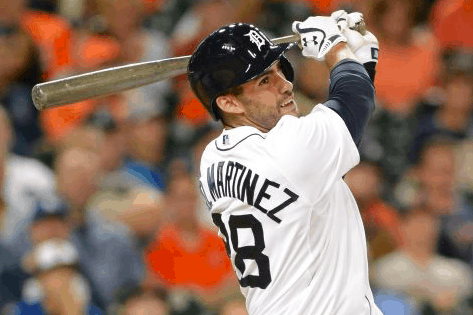 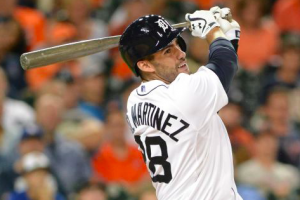 The injury bug has bit the Detroit Tigers late in spring training, as outfielder J.D. Martinez has been ruled out for at least three to four weeks because of a sprained ligament in his right foot. The club was optimistic after Martinez hurt the foot making a catch in a spring training game last weekend, but after undergoing multiple scans this week, Martinez was diagnosed with a sprain of the lisfranc ligament.

Martinez will wear a walking cast for the next seven to 10 days before he’s re-evaluated. Once the cast comes off, the club will have a better idea how long they will be out Martinez. In any event, Martinez will begin the season on the DL.

The good news is that the injury could have been worse. Had Martinez suffered a tear of the lisfranc ligament, he may have required surgery and would be looking at a much longer stint on the DL. Even if Martinez is able to resume baseball activities in three weeks, he’ll still need to spend some time in extended spring training to get ready for the season. Returning late in April may be the best-case scenario at this point.

“No question our lineup is better with J.D. Martinez’s bat in it,” Ausmus said, trying to remain positive. “But we will deal with it. When you think about it, it’s three to four weeks from today and 10 days of that are while we’re still in spring training. So if it goes four weeks, that’s only two and a half, three weeks of missed time in season.”

When asked how the Tigers would replace Martinez in the lineup for the early part of the season, Ausmus said that every outfielder the club has in camp is an option. The Tigers have quite a few players competing for playing time in center field, and so there is no shortage of options. The likes of Mikie Mahtook, Tyler Collins, Steven Moya, Alex Presley, Anthony Gose, and even infielder Omar Infante are all options to play right field.

“I’ve been playing those outfielders all around because I have to get them at-bats and we’ve got a bunch of centerfielders,” said Ausmus. “They’ve had times at the corners anyway. That probably stays similar.”

Ausmus did say that prospect JaCoby Jones wouldn’t be considered for right field, although if one of the other center fielders slides over to right field, it could open the door for Jones to see regular time in center field. If Jones isn’t going to receive regular at-bats, the Tigers will likely send him back to triple-A to continue his development.

At first glance, Moya may be the most likely to play right field for the Tigers if Martinez is only going to be out a few weeks. He filled in when Martinez when down with an elbow injury last season. However, after getting off to a hot start, Moya struggled throughout July and August. He’s continued to struggle this spring, but he’s out of minor-league options and so the Tigers risk losing him if he doesn’t make the opening day roster.

Presley, a 31-year old journeyman with the Tigers on a minor-league contract, has had the best spring of any of Detroit’s outfielders. He’s hitting .440 with a 1.300 OPS, although he’s just a career .253 hitter with a .678 OPS in the majors.

The Tigers are unlikely to acquire someone from outside the organization in order to fill the void in right field for just a few weeks. The options don’t appear to be all that attractive, but the Tigers can take solace in knowing Martinez is likely to be back before the end of April.

“We’re trying to put together the best personnel in the outfield to help us win games until J.D. returns,” Ausmus said.