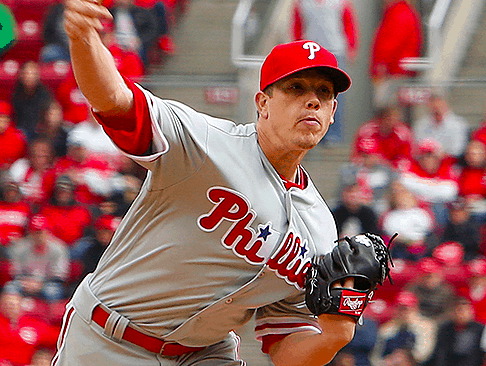 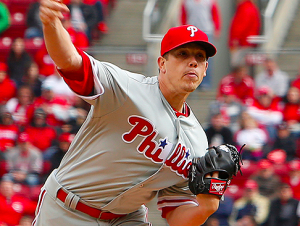 MLB teams were rather conservative when it came to handing out qualifying offers of $17.2 million in order to retain their free agents in 2017, but at least one of the 10 players offered will accept the offer and return to their team. Several outlets are reporting that starting pitcher Jeremy Hellickson has accepted his offer from the Philadelphia Phillies. Hellickson will now return to the Phillies in 2017, putting off his free agency by a year and making $17.2 million in 2017.

The decision by Hellickson to accept the offer was somewhat surprising, as he likely would have been one of the most sought after starting pitchers on the free agent market this winter. Last week, Hellickson’s agent Scott Boras called him “probably the foremost under-30 pitcher on the market.” Had he explored his options on the free agent market, Hellickson would have likely landed a multi-year deal with more than $17.2 million guaranteed, even if the yearly salary was less than that.

In the days leading up to Monday, the deadline for players who received a qualifying offer to accept, many believed that Hellickson would decline the offer and hit the open market. However, Hellickson and Boras must not have been convinced that it would have been worthwhile to take a chance with $17.2 million guaranteed on the table, especially since that sum is greater than what Hellickson has earned in his career to date. Also, the fact that the team signing Hellickson would have to give up their first round draft pick may have limited his suitors and lowered what he’d be worth on the open market.

Hellickson is essentially betting on himself to have another strong season before hitting the free agent market next winter. In 2016, he was 12-10 with a 3.71 ERA, by far the best season of his career. He was also a veteran pitcher on an otherwise young and inexperienced pitching staff.

As for the Phillies, they won’t have a problem having Hellickson back in their rotation in 2017, but they were expecting and hoping that he would decline the offer, which would have given them an extra draft pick next year. Philadelphia also won’t be thrilled about having to pay Hellickson $17.2 million, which is more than what he’s worth for one season of work. Hellickson’s salary will also take up a significant portion of their payroll, potentially limiting what they can spend on other free agents.

The silver lining for the Phillies is that they will have their ace back in 2017. Hellickson will once again lead a rotation that includes several young and promising pitches, including Aaron Nola, Jared Eickhoff, and Vince Velasquez. If Hellickson can repeat his success from last season and Philadelphia’s young pitchers can all take steps forward, the Phillies could make significant strides next season. However, the Phillies may have preferred to have the extra draft pick, which may have been more helpful in the team’s rebuilding effort than another year with Hellickson.