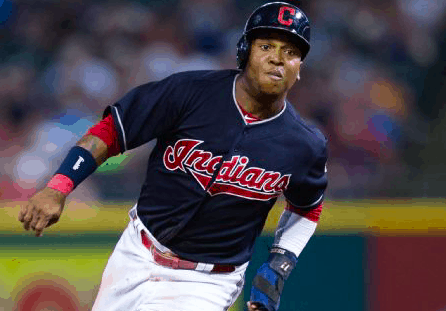 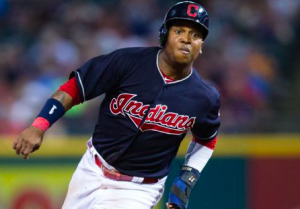 As they begin their defense of the American League pennant, the Cleveland Indians are locking up one of the players who helped them get to the World Series last season. The Indians have agreed to a five-year contract with infielder Jose Ramirez worth $26 million. The team is yet to comment on the deal or officially announce it, as the agreement is pending a physical.

The five-year deal will reportedly go into effect this season, Ramirez’s final season before arbitration. The agreement will keep Ramirez in Cleveland through at least the 2021 season, buying out all of his arbitration years and his first year of free agency. The deal also gives the Indians options on Ramirez for the 2022 and 2023 seasons worth $11 million and $13 million, respectively. If those options are picked up, Ramirez can earn up to $50 million over the course of the contract.

The deal puts Ramirez in good company among his teammates. The Indians have not been shy about signing young players to team-friendly deals to keep them in Cleveland over the long term. Players like Corey Kluber, Jason Kipnis, Carlos Carrasco, Carlos Santana, Yan Gomes, and Michael Brantley have all agreed to similar deals with the Indians. Ramirez now joins those players in solidifying his future with the Indians.

After spending parts of three seasons in the majors, struggling to carve out a permanent role with the Indians, Ramirez finally had a breakout season in 2016. He hit .312 with 11 home runs, 46 doubles, and 22 stolen bases. That breakout season has the Indians believing that Ramirez will remain an important part of their future.

Equally important to Ramirez’s offensive production is his defensive versatility. He’s a middle infielder by trade, although he became the team’s primary left fielder early last season after Brantley was forced to the DL with the shoulder injury that kept him out for most of 2016. The Indians were then able to move Ramirez to third base later in the season after they parted ways with Juan Uribe. Ramirez appears to have found a home at third base, although his defensive versatility will help ensure that the Indians can put him just about anywhere.

The Indians appear ready to utilize that versatility almost right away, as there is speculation he could begin the season at second base with Kipnis expected to miss the early part of the season due to a shoulder injury. In addition to filling in for Kipnis at second base, Ramirez would appear to also be the primary backup for Francisco Lindor at shortstop. He could also move back to left field if necessary.

For the Indians, there’s some level of risk to giving Ramirez an extension, as he’s had just one productive season in the majors after struggling to solidify a role with the team throughout 2014 and 2015. However, Ramirez broke out in a big way in 2016 and offers enough positional flexibility to justify paying him $26 million over the next five seasons.