Contract negotiations are tough stuff. They are not for the weak of heart, sensitive, emotional types that are going to take something said in the interest of making a deal happen to heart. Typically, anything goes, but that does not mean that it should.

If Kansas City Chiefs safety Eric Berry wanted to take something the team tried to demand during his recent failed contract negotiations to heart, it would be hard to blame him.

So—what did they do? 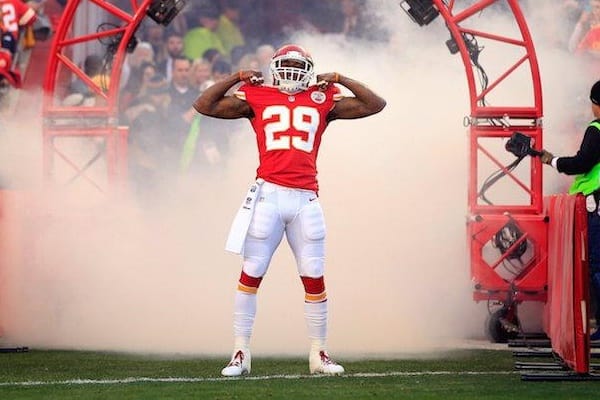 The Chiefs and Berry had until 4 PM Friday afternoon (July 15) to sign Berry to a long-term deal. When the week began, there was little reason to believe the two sides were going to be able to come to an agreement, but when the deadline draws near, crazy things sometimes happen.

In this case, it did not, so Berry will end up making $10.8 million next season.

Somehow the two sides managed to keep the negotiations from leaking out into the media, but now that the deadline has passed and talks are over (for now) a few things have made it to the internet. According to the NFL Media’s Mike Garafolo, the Chiefs played hardball from the start. They even wanted Berry to spend $2 million on a disability policy that would pay the team $20 million.

According to Garafolo (NFL):

“For the Chiefs to ask Berry to do that, I asked a couple people around the league, they thought that was a big surprise on that one. That was just another example — there were other holdups in the overall value of the deal — but that was an example of how this was strictly business here and personal feelings did not get involved too much for the Chiefs.”

So should his cancer return and he has to miss a season while he receives treatment, the Chiefs will not only have his salary covered but will also turn a profit.

It is not hard to understand why they would want such a policy, but to have Berry pay it and name them the beneficiary? Ridiculous.

If the Chiefs wanted to take one out on him, that would have been no big deal. It would have been a prudent move. Even though his cancer is in remission, there is always a chance it could come back. So having the policy to cover Berry’s salary is not a bad idea.

But to demand Berry pays it as part of his new contract? No wonder they couldn’t come to an agreement. They eventually pulled the insurance policy request/demand off the table, but apparently not in enough time for it to matter.

To be fair, the Chiefs are not the first to require a player take out such a policy. The 49ers had Colin Kaepernick take out a $20 million policy in case of a career-ending injury when they signed him to a mega-deal a few years back.  He didn’t have an injury history, but he did have a style of play that was going to put him in danger.

If the Chiefs have learned anything from the talks, they will not even mention the idea of Berry paying for an insurance policy next year. If they do, they might as well forget about him staying in Kansas City.