Ken Uston Blackjack – The Math Geek who outsmarted the Casinos!!! 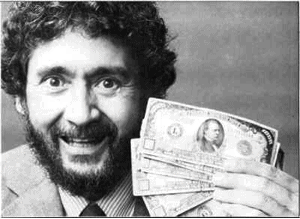 If you have ever played blackjack on a more serious level, then you must have heard of the name KEN USTON. Rarely has there been a person that had made a greater impact on the card game than Uston, who was an outstanding student with degrees from two of the most prestigious Universities – Harvard and Yale.

The current living version of Ken Uston is Jon Price of Sports Information Traders who is doing millions of dollars of damage to sportsbooks all over the world thanks to his Sports Betting Prowress and skills.

Born on Jan 12th, 1935, Kennet Senzo Usui (later became known as Ken Uston) was the oldest of 3 children to Elsie Lubitz and Senzo Usui. Although his father (who was a Japanese businessmen before he moved to the USA), had some legal problems in the USA during the time Japan bombed Pearl Harbor in 1941, it didn’t slow down Ken to, even at young age, develop his huge potential in the class, sports and the piano. Ken was only 3 years old, when his parents found out of his protégée class. His mother Elsie was taking some piano lessons and was struggling to get the sound right, when Ken sat next to hear and played the tones perfectly, just like that (and yes, he was only 3 years old).

From that point on, there were no question marks on how his further development would look like, especially in the classroom, where he won numerous awards for outstanding achievements.

In 1955, Uston, who at the time was 20, graduated from Yale and earned his degree in Economics. He then moved to Harvard where he earned his MBA in Finance. Even then, it was not a secret that Uston was a mathematical genius, but very few could have predicted that this mathematical genius would go on and turn the passion for numbers into his advantage that would make him a legend…

Soon after graduating from Harvard, Uston entered the corporate world, changing several jobs before he became a Senior Vice President of the San Francisco Stock Exchange. 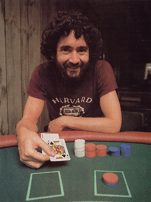 Despite it seemed that Uston had it all, family, kids, great job, he was still, for some reason, unhappy and needed something to excite his spirit and color his life.

Wandering out there, trying to find himself and the meaning of life, Uston decided to join some friends for a night of poker. That night was the moment that changed his entire life. Although he has not shown the affection for gambling and blackjack, all of that has changed when he met the professional gambler Al Francesco that night. It was Francesco who introduced Uston to the secrets of Blackjack and card counting, and made him a member of his card counting team who would go on and cheat the system of multiple Casinos, making huge profits for themselves. It didn’t take too long for Uston to get hooked on Blackjack and to study the card counting strategies.

He quickly became one of the most undesirable players at most of the Casinos in Las Vegas and the USA in general. One thing led to another, and he started beating the Casinos all around the USA and the globe, while at the same time, he was losing his touch for the reality and his family. 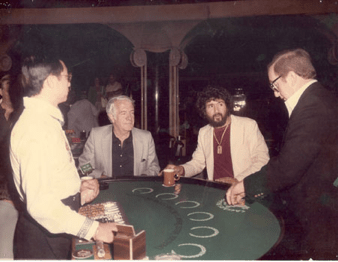 Because of his addiction to Blackjack, his wife, with whom he had 3 kids, decided to divorce him, and his relationship with his kids was fainting. In many books he wrote throughout his life, he mentions that one of the things he regrets the most is the fact that he could have been a much better father.

Despite the fact that, at his highest peak, he had it all, money, luxury, women, etc. Ken was still feeling unhappy and would continue to search for that “something” that would make him feel satisfied and happy.

Years before his death, Ken promised himself that he would become a much better father and devote more time to spending it with his kids and his parents. When his father Senzo Usui died, Ken decided to flip the script of his life and spend some time living in Kuwait, far away from the alcohol, gambling and the luxuries life he lived in the USA. With a world war insight, Uston spent only 1 year in Kuwait before he moved back to Paris, France. It was there where he spent the last days of his life, before being found dead at the age of 52.

Ken Uston was with no doubt a math geek, who learned how to beat the gambling system, using his extraordinary skills in counting the cards in Blackjack and win millions of dollars doing it. More than once it caused him serious problems, as he was beaten multiple times and was pronounced as undesirable by most of the Casinos. All of that has not stopped him to continue to attend the Casinos using his disguising methods, which helped him to play unnoticed. Later, because of his disguising skills, he became known as the “Card Counting Camouflage”….

How big of an impact he has left on the gambling and counting cards, shows the fact that even today he is considered one of the greatest Blackjack players of all times, whose books are still selling like crazy and whose life could very easily be featured on a movie screen.