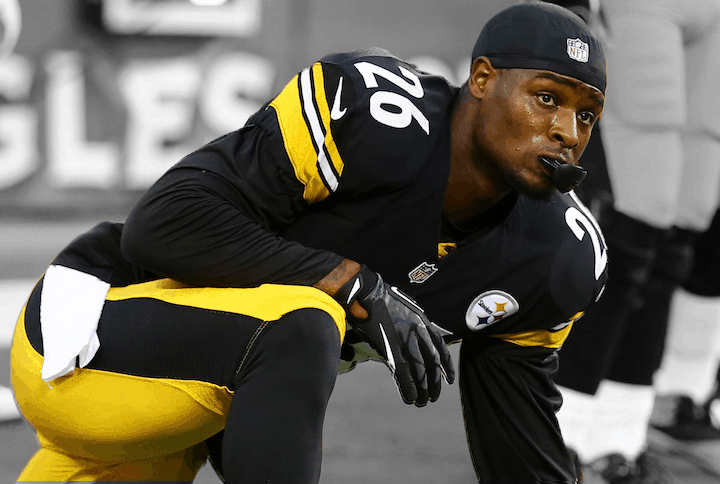 The Pittsburgh Steelers have one of the best young running backs in the league in Le’Veon Bell. No back has generated as many yards from scrimmage per game as he has since he entered the league (119 yards/game). With that kind of production, you would expect Bell to be able to command whatever price he wanted with his next contract.

However, in light of pending drug-related suspension, it appears like his bargaining power is close to gone.

His injury history was already enough to have the Steelers brass concerned. Between his previous suspension and injuries, he has missed 13 of the first 48 games of his NFL career. No one wants to pay a player big money when they have reason to believe he will miss a quarter of his games.

If his current suspension stands, he will end up missing 25 percent of next season.

Now he didn’t test positive for anything. In fact, it isn’t how he tested that is at issue, but missing tests. Details have not been officially released, but according to media reports, he missed several tests. When you are in the program—and he is thanks to his 2014 DUI and possession arrest—you can’t do that.

A failed test would guarantee his suspension to start the 2016 season. Since it is related to missed tests, he does have a shot at getting it reduced. But the real damage will not come till after the season when his agent starts negotiating with the team.

Thanks to his client’s poor choices, he is not going to have much bargaining power. He could have handled whatever injury concerns the Steelers have, but now the team has reason to fear they could lose him for more than just handful of games.

As a player accrues multiple suspensions, the league’s drug policy calls for him to receive a bigger suspension should the NFL find him guilty of doing something else. His agent will likely swear to the team that his client is clean and will remain clean; that they have nothing to worry about.

The team will probably counter with,” Really? So then how come he skipped a few tests? He wasn’t trying to avoid testing positive—was he?”

As much as his agent will want to protest the team holding his previous suspensions against him, the team would be fair to assume he skipped the tests because he knew he would test positive.

However, all will not be lost when it comes to Bell’s contract. He was probably already going to get little cash guaranteed for injury due to Bell’s history. However, the demand for a running back capable of doing what Bell can do is high. Several teams will make Bell an offer in spite of his issues if the Steelers do not place the franchise tag on him.

Demand will drive up his price tag, but his injury history and drug-related issues will likely force him to accept less in guaranteed money or accept certain stipulations in the contract that will protect the team that signs him. If he wants to get paid what his production says he’s worth, he may have no choice.

This means he’ll have to keep producing or risk being a salary cap casualty at some point in the future—but he only has himself to blame.