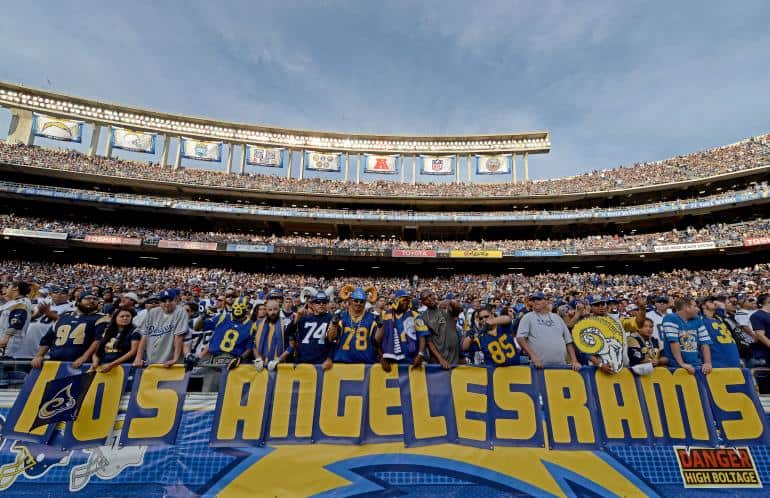 People love their football teams. They love the players, the action, watching them win, and cursing their opponents when they lose. Many fans can’t get enough of their favorites.

Just like celebrities from other walks of life, people get interested in the lives of their favorite players away from the game as well. Some athletes know and embrace this aspect of celebrity while others hate it. A handful of guys have even been featured on reality shows.

In this day and age where the internet provides fans with a steady stream of information, news, and rumors on their favorite teams and players, a reality show is a perfect medium for the league to feed the fans’ desire for more.

They’ve been doing it for years with the hit HBO show “Hard Knocks.” Teams may not be too fond of the show because the cameras can be a distraction, but fans love to see a look at the team meetings and other things that happen behind closed doors during training camp.

This year, the league decided to venture out into the reality show space once again with the Amazon Prime series “All or Nothing” featuring the Arizona Cardinals. While Hard Knocks gives fans a look at what goes on during training camp, this show focuses on the entire season.

So far, the show has been met with rave reviews. It helps that the Cardinals were an excellent team last season; it may not have worked out as well if it had been the Cleveland Browns. As much as teams complain about the cameras for Hard Knocks, how will they be if the cameras are going to be around all season?

There has not been any word on the second season of All or Nothing yet, but with the show’s popularity, it is hard to imagine the NFL will not do it again.

With the success of these shows, you have to wonder if the NFL has any other reality-based programming in mind to satisfy our blood lust for more—and it appears they do.

It’s a brand new show that will focus on a different aspect of the players’ lives than Hard Knocks or All or Nothing—their home life. But not just any old home life. The focus is going to be on the lives of some of the Los Angeles Rams players and their family members as their lives are uprooted from St. Louis and planted in Los Angeles.

“We are excited to take viewers inside the exclusive lifestyles of these top athletes and their families as they navigate a new city, new friendships, new schools and the inevitable Hollywood gossip,” E!’s EVP of programming and development Jeff Olde said. “E! has a track record of success with pop culture programming centered in the world of sports, and this series will capture the off the field perspective of one of football’s most anticipated and high-profile events as the Rams return to L.A.”

The Rams are also being featured on Hard Knocks this season. A premier date has not been set yet.

If the show is a success, the league, and E! could do it again next year if the Chargers move to LA, but one featuring the Raiders moving to Las Vegas would probably be a lot more interesting.

If you have been wondering how Roger Goodell might be planning on raising revenue up to $25 billion, someday you are not alone. Fans are already getting charge enough so where is the money going to come from? Are they going to figure out how to squeeze a few billion more out of the television networks?

Reality television could be it. Maybe the NFL could figure out a few reality show platforms they could do year after year. Perhaps something on the draft experience, the life of a scout, practice squad players, or maybe something centered around an international game or the Pro Bowl.

The possibilities are endless and with 32 teams and hundreds of players, the league does have a never ending supply of subjects.