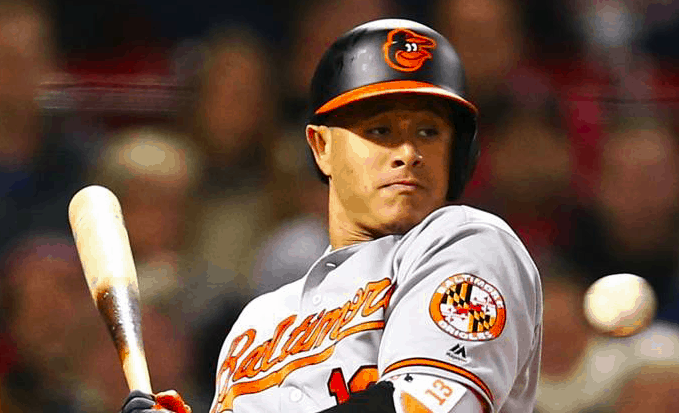 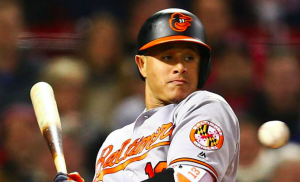 A little more than a week after seeing a fastball from Boston Red Sox reliever Matt Barnes, Baltimore Orioles third baseman had another dustup with the Red Sox. Tuesday night at Fenway Park, Red Sox ace Chris Sale threw a 98 mph fastball behind Machado. This pitch was closer to Machado’s feet than his head, but it may have escalated a growing feud between the Orioles and Red Sox that doesn’t appear to be over. It also sent Machado into a profanity-infused tantrum after the game.

“It’s bulls—” Machado said after the game. “It’s coward stuff. I mean, that stuff you don’t (expletive) do, but I’m not that side. I’m not in that organization. I’ve lost my respect for that organization, for that coaching staff, for everyone over there.”

Machado got some semblance of revenge on Sale later in the game when he homered against the lefty. However, the Red Sox still won the game 5-2 and the home run wasn’t enough to put Machado in a good mood afterward.

“I mean, if you’re going to f—ing hit me, hit me. Go ahead. F—ing hit me,” Machado said. “Don’t let this s— keep lingering, f—ing around and keep trying to hit people. It’s f—ing bulls—.”

Boston’s issue with Machado stems from a slide into second base last week that saw Machado’s spikes come up and dig into the lower leg of Dustin Pedroia. Machado said he didn’t mean to hurt Pedroia on the slide, and despite missing a few games while the injury healed, Pedroia agreed. But that didn’t stop Barnes from throwing behind Machado’s head, for which he received a four-game suspension.

Barnes maintained afterward that he was not trying to throw at Machado’s head, and the Red Sox walked the same line after Sale’s pitch.

“Was there any intent? He was going in with a fastball and pulled it in,” Red Sox manager John Farrell said. “He threw 115 pitches tonight. I don’t know that you’re going to hit the spot every single time you throw the baseball.”

Of course, six starts in to the season, Sale has an ERA of 1.38 and a WHIP of 0.74, and so the notion that Sale happened to miss so badly when Machado happened to be at the plate is a little hard to buy.

“Whatever, man,” said Sale, who declined to say whether he tried to hit Machado or throw behind him on purpose. “Not losing any sleep tonight.”

“They’re still thinking about that same slide that I did,” Machado said. “There was no intention on hurting anybody, and I’m still paying. I’m still trying to get hit at, get thrown at on my f—ing head. They’re f—ing throwing everywhere.”

Machado believes that it’s time for MLB to step in and do something, as he seems tired of dodging fastballs being thrown at him.

“You have pitchers out there with f—ing balls in their hands throwing 100 mph trying to hit people,” Machado said. “I’ve got a f—ing bat too. I could go up there and crush somebody if I wanted to, but you know what, I’ll get suspended for a year — and the pitchers only get suspended for two games. That’s not cool. As I see it, I slid into second base normal and kind of hurt someone a little bit, unintentional. And they’re still trying to make me pay the piper. I don’t know what their mindset is.”

Both dugouts were given warnings following Sale’s pitch, and so there was no retaliation from the Orioles on Tuesday. Of course, the teams play again on Wednesday and Thursday, and they will meet for four games in Baltimore the first week of June, so there’s plenty of times for the shenanigans between the two teams to continue.

Whether the Orioles will feel compelled to fire back on Wednesday remains to be seen, but there’s no denying the tension between these two teams at the moment. Machado remains in the middle of everything and has made his feelings about the Red Sox quite clear. It’s now up to him and his teammates to decide how to proceed.