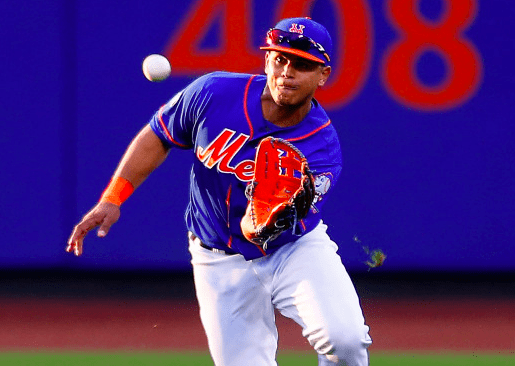 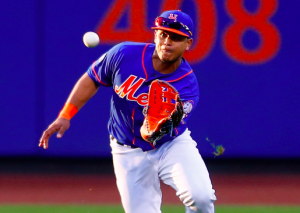 The New York Mets have placed center fielder Juan Lagares on the 15-day DL with a thumb injury. Lagares will require surgery to repair a partially torn ligament in his left thumb. Mets manager Terry Collins estimates he will be out of commission for six weeks. New York has recalled outfielder Brandon Nimmo from triple-A to fill Lagares’ roster spot.

Lagares was sent to the DL in the middle of June due to the same thumb injury. He returned in early July and attempted to play through it. The former Gold Glove winner has had no problem patrolling center field for the Mets, but he’s hit just .160 since returning from the DL on July 2 and is clearly being hampered by the injury at the plate. The injury to Lagares throws a wrench into the Mets outfield and may have an impact on how they approach the trade deadline.

Lagares was thrust into more playing time following the all-star break after Yoenis Cespedes requested he only play left field after being the team’s primary center fielder the first half of the season. Cespedes is dealing with a sore quad muscle and the Mets don’t want to risk losing his bat from the lineup by asking him to cover more ground in center field and put added pressure on his legs. With Lagares now unavailable, it’s unclear how the Mets will proceed in center field moving forward.

The team has started to experiment with Michael Conforto in center field with his usual spot in left field no longer available. Conforto is not a natural center fielder, but the move could be worthwhile if he can get going offensively. Alejandro De Aza is also an option, as he is a better defensive player than Conforto and has caught fire in July following a disastrous first half of the season. Nimmo is also capable of playing center field.

In terms of trades, the Mets have mainly been looking to upgrade their bullpen and have had discussions with the Milwaukee Brewers regarding catcher Jonathan Lucroy. However, with the injury to Lagares, Cespedes unable to move out of left field, and the abundance of left-hand hitting outfielders on the roster, the Mets may be in the market for a right-handed hitter who can play center field who could platoon with the likes of Conforto, de Aza, or Nimmo. However, there appear to be few options available, with several possible candidates currently on the DL.

One player to emerge recently in trade talk connected to the Mets is Jay Bruce. Of course, Bruce is not a center fielder, nor is he right handed. Bruce would, however, bring a big jolt to the Mets offensively, much like Cespedes did last year. He would provide protection for Cespedes in the lineup and insurance if Cespedes misses time due to the quad injury. On the other hand, the Cincinnati Reds are expected to demand quite a lot for him, and it would force the Mets to go with the left-handed contingent of Conforto, de Aza, and Curtis Granderson in center field.

Needless to say, the injury to Lagares will have significant ramifications for the Mets. At best, he’ll return in the middle of September, and until then the Mets will be without their Gold Glove winning center fielder as well as a right-handed hitter who can play center field. Whether the Mets will now be forced to trade for an outfielder to help replace Lagares remains to be seen, but that possibility is definitely on the table more so than it was before Lagares went on the DL.