Nowadays, there are two prevailing trains of thought when it comes to athletes and social issues. Many expect them to use their fame and celebrity as a platform to address issues facing the community while others just want them to shut up and play.

Historically, Michael Jordan has not been when to speak out on social or political issues. If you believe the anonymous quote Sam Smith wrote in his 1995 book “Second Coming,” Jordan once said, “Republicans buy shoes, too.” 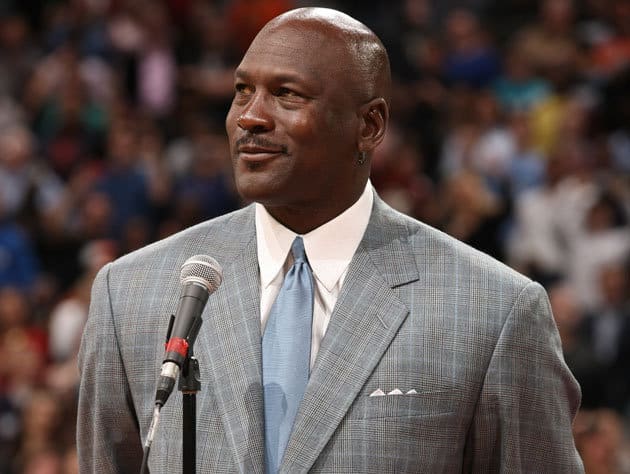 So rather than risk angering a customer base, he stays quiet. From a business perspective, it is the smart thing to do. Should he comment on something, there are bound to be people that become angry about what he says or doesn’t say. When it comes to social issues, it is next to impossible to make everyone happy.

But this time, Jordan has decided it is time to speak up. Like many of us, he is tired of all the racial and social unrest gripping the country, so he has decided to speak his mind and become part of the solution.

In a letter posted on The Undefeated Monday, he announced that he is donating $1 million to two organizations that are trying to build trust between the police and their communities– the Institute for Community-Police Relations and the NAACP Legal Defense Fund.

“As a proud American, a father who lost his own dad in a senseless act of violence, and a black man, I have been deeply troubled by the deaths of African-Americans at the hands of law enforcement and angered by the cowardly and hateful targeting and killing of police officers,” Jordan writes in a one-page letter released exclusively to The Undefeated. “I grieve with the families who have lost loved ones, as I know their pain all too well.”

The Institute for Community-Police Relations was formed by the International Association of The Chiefs Of Police in May. Its purpose, as described on its website is that “is designed to provide guidance and assistance to law enforcement agencies looking to enhance community trust, by focusing on culture, policies, and practices.”

The NAACP Leal Defense Fund was established in 1940 as a means of working within the legal system to advocate or civil rights. It became its own organization in 1957.

Of course, money is not the answer to the problems the organizations are fighting against, but they do need funding in order to carry out their respective missions.

“Although I know these contributions alone are not enough to solve the problem, I hope the resources will help both organizations make a positive difference,” Jordan wrote.

Jordan has donated to political campaigns in the past but has not been one to get involved with social issues. Several players have criticized him for not getting more involved and accused him of being more concerned about business than making the world a better place—which isn’t fair.

Just because he has the platform does not mean he has to use it. It’s the right of every citizen to get as involved as they choose in political or social issues. Many believe that their lone voice will not make a difference. Others say change never comes about if the lone voice doesn’t speak. If that voice happens to be one people would listen to—like the best basketball player to ever take the court—even better.

Some will still not be happy with what he had to say. They will think he should have spoken out stronger against or for the side they support. Others will probably accuse him of just trying to drum about free press to further his business interest.

But if you read his letter, the message is one that is hard not to get behind:

“We are privileged to live in the world’s greatest country – a country that has provided my family and me the greatest of opportunities. The problems we face didn’t happen overnight and they won’t be solved tomorrow, but if we all work together, we can foster greater understanding, positive change and create a more peaceful world for ourselves, our children, our families and our communities.”