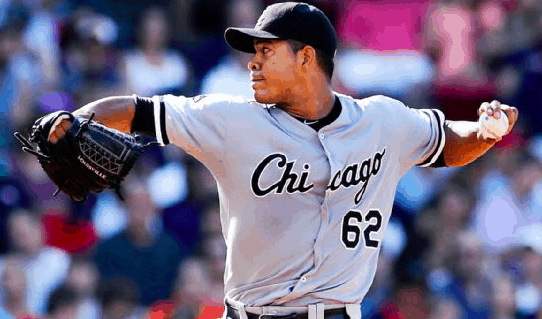 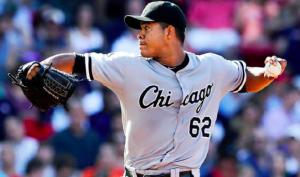 The intensity surrounding the pursuit of starting pitcher Jose Quintana in a trade is not quite as high as it was earlier this offseason when the Chicago White Sox fielded offers for Chris Sale. But teams aren’t giving up on the possibility of trading for the talented lefty and the rumors about where Quintana may end up aren’t going away. The latest rumors indicate that the Houston Astros are now being considered the favorites to get Quintana.

Recently, the Pittsburgh Pirates were identified as a team that was making a concerted effort to acquire Quintana. Meanwhile, earlier this week it was being reported that the New York Yankees had not given up their pursuit of Quintana, which is notable because of their deep farm system. However, on Friday MLB insider Jon Morosi described the Astros as the “most serious suitors” in trade talks for Quintana.

One of the biggest reasons the Astros are now seen as the favorites to make a deal for Quintana could be that they need him more than any other team. There’s no denying that Houston has one of the most frightening lineups after the moves they’ve made this winter, but they lack frontline starting pitchers, something they’ll have to address if they hope to match up with the top teams in the American League like the Cleveland Indians and Boston Red Sox. Even winning the AL West could prove difficult if the Astros don’t improve their rotation by the start of the season.

At the moment, Dallas Keuchel is the de-facto ace of Houston’s staff, despite coming off a down year in 2016. The Astros should feel good about Lance McCullers and Collin McHugh, but they would prefer for those two to be closer to the backend of the rotation. There is hope that Joe Musgrove can emerge as an asset to the rotation, but there’s no guarantee he develops as hoped. There is also no guarantee with backend candidates like Mike Fiers and Charlie Morton. Thus, Houston’s need for a frontline starter like Quintana.

We also know that soon after the Winter Meetings, the White Sox asked the Astros for Musgrove and top prospects Francis Martes and Kyle Tucker in a trade for Quintana. Houston declined the offer, believing Chicago’s asking price was too high. However, recognizing their need for a quality starter, the Astros may be inching closer to meeting Chicago’s asking price for Quintana.

Much like the Yankees, there should be little doubt that the Astros have enough prospects to make a deal for Quintana a reality. It’s just a matter of whether or not they are willing to do so. Even if the Astros don’t come around on the deal involving Musgrove, Martes, and Tucker, Houston’s farm system has a diverse array of prospects that could interest the White Sox. Chicago has acquired quite a bit of pitching in the trades involving Sale and Adam Eaton, so perhaps at this point they are more interested in position players, which could work in Houston’s favor.

At this point, nothing is imminent with regard to Quintana being traded anywhere. But Morosi’s report makes it sound as if the Astros are more willing to meet Chicago’s price tag than some of the other teams involved. It’s possible that a team like the Pirates, Yankees, or a mystery team could improve their offer, but right now, assuming Quintana is actually traded, the Astros appear to be the most likely destination.