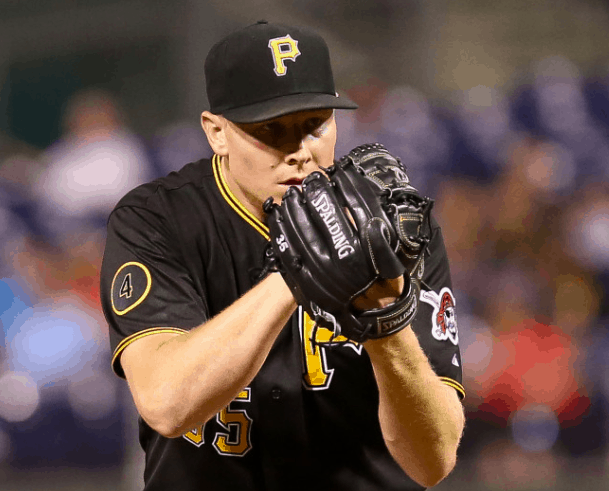 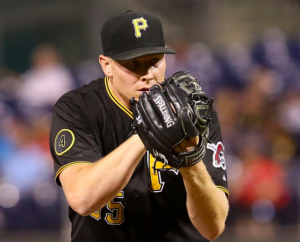 It’s no secret that the Washington Nationals have been desperately seeking a closer, especially after back-to-back blown saves by Jonathan Papelbon earlier this week. On Saturday, the Nationals finally found a new closer. Washington has acquired Mark Melancon from the Pittsburgh Pirates in exchange for lefty reliever Felipe Rivero and left-handed pitching prospect Taylor Hearn.

Melancon will immediately usurp Papelbon as Washington’s closer. He has closed out 30 of 33 save opportunities for the Pirates this season, while posting a 1.51 ERA. Melancon has been one of the best and most consistent closers in baseball since the Pirates put him in that role in 2013. On the contrary, Papelbon’s recent struggles have pushed his ERA to 4.41 on the season. Nationals manager Dusty Baker said recently that Papelbon is clearly not the same pitcher he once was, and that issues with his control are causing problems for him.

Since the second of Papelbon’s blown saves over the past week, both Blake Treinen and Shawn Kelley have been given the opportunity to close out games for the Nationals, each doing so successfully. How Baker will configure his bullpen once Melancon joins the team remains to be seen. Papelbon figures to remain part of Washington’s contingent of late-inning relievers, but Baker may try to keep him out of high-leverage situations for the time being, perhaps relying more on Treinen and Kelley to help set up Melancon to close.

The middle of Washington’s bullpen will be somewhat weakened by the loss of Rivero, but the Nationals still have Sammy Solis and Oliver Perez as left-handed options in the bullpen. Of course, Rivero is also a promising lefty who’s under team control through the 2021 season. The Nationals are essentially giving up more than five years of having him in their bullpen for two months of Melancon, who will be a free agent after the season.

From Pittsburgh’s perspective, trading away Melancon is an interesting move, as the Pirates are still in contention, just three games out of the second wild card spot. Of course, the team’s inconsistency this season makes it hard to believe they will come out on top in a crowded wild card race. Also, re-signing Melancon after the season may have proved difficult, and by trading him now they get control over Rivero for the next five seasons, as well as a hard-throwing prospect in Hearn.

Even with the absence of Melancon, the back-end of Pittsburgh’s bullpen appears to be in good hands, as righty Neftali Feliz and lefty Tony Watson are both having strong seasons and could team up to close out games for the Pirates. Jared Hughes and Arquimedes Caminero are also posting good results out of the bullpen, and the addition of Rivero should help as well.

This is definitely a trade that has a chance to serve both teams well. The Nationals acquired the closer they desperately needed, as they are clearly gearing up for a run at the World Series. Meanwhile, the Pirates got something in return for a pitcher they would have likely lost in free agency this winter, and they did so without completely throwing in the towel on their season.