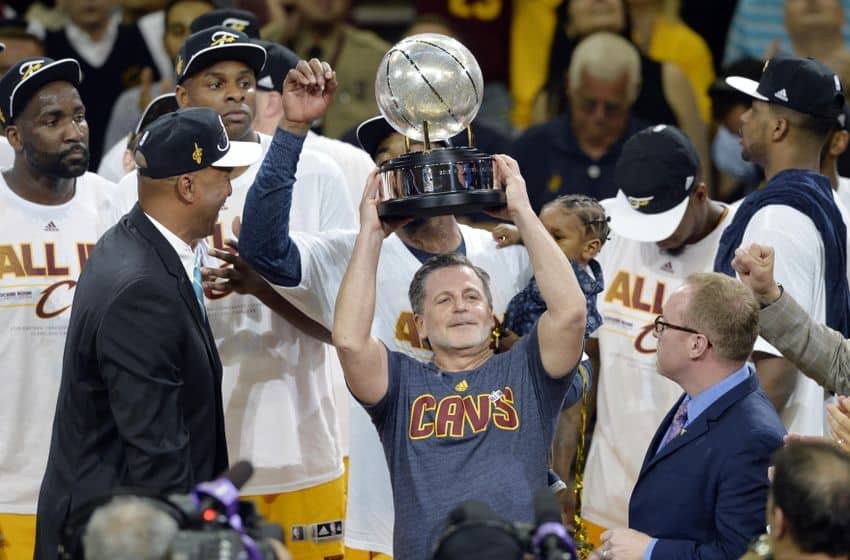 It was a long time coming, and it looked like an impossible dream at one point, but the Cleveland Cavaliers did it. They managed to pull off the most unlikely comeback in NBA history to win the NBA Finals and bring a championship to the City of Cleveland for the first time in over half of a century.

But Cleveland Cavaliers owner Dan Gilbert could. What price would he put on a championship?

That put the Cavaliers $ 22,288,354 over the luxury tax threshold. For every dollar over that the team had to pay a penalty which was assessed according to an incremental system (amount over; penalty per dollar):

With how the system works, teams that go over are charged for every bracket that they are in. Since the Cavaliers were over by more than $22 million, they were hit with a tax under each tier of the system.

Along with the $107 million in player salaries that Dan Gilbert had to shell out during the season, he will have to cut a check to the league for an additional $54 million because of how much he paid his players.

Yes, salary caps are meant to keep owners from buying a championship, but the way the NBA’s works, if someone is going buy a championship it is going to cost them—a lot.

So—what happens to the luxury tax payments? Half of the $117.2 million the seven teams will be paying will go to fund revenue sharing for the past season while the other half will be divided up among the 23 other teams (roughly $2.5 million each). All 30 teams are actually going to be getting a payment from the league for about $366.7 million. Each team will get $130.9 million because their total income came up short of the 50.83 percent they are mandated by the collective bargaining agreement. They will also get $235.8 million that was withheld from players’ checks in escrow.

Was the additional $54 million worth it?

Fans will say yes, but it isn’t their money. The players will likely say yes as well, but again—it’s not their money either. Dan Gilbert would probably say no while he is writing the check, but when he raises ticket prices, and no one complains he’ll probably be okay with it.