NBA Make A Mistake By Pulling All-Star Game From Charlotte? 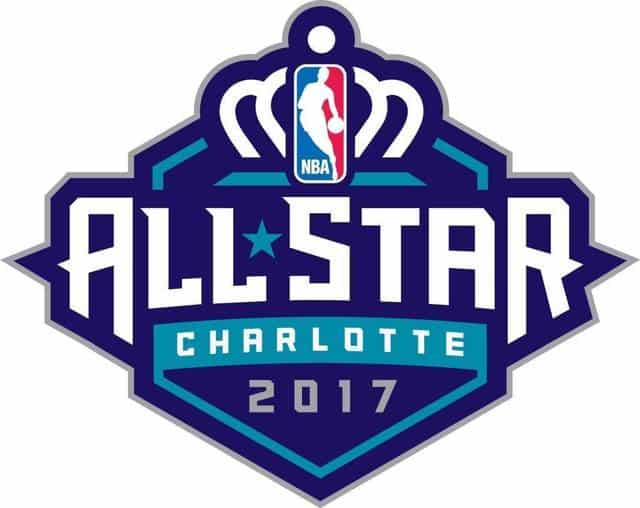 Carmelo Anthony made a call to action in the wake of the police-involved shooting deaths of two black men. He called on athletes to use their celebrity and power to bring about change—and it looks like the NBA front office listened.

The NBA has announced that the City of Charlotte will no longer be the location of the 2017 All-Star Game in response to the state of North Carolina passing and enforcing House Bill 2, the Public Facilities Privacy & Security Act. With the passing of the bill, it became illegal for people to use public bathrooms that did not correspond to their biological sex.

So transgender individuals could be punished by law if they used the bathroom that corresponded to how they identified rather than their biological sex.

The City of Charlotte passed an ordinance giving transgender individuals some protection, but HB-2 also reserved the right to pass nondiscriminatory legislation to the state—meaning local laws would be preempted by state law.

“The NBA has decided to relocate the 2017 All-Star Game from Charlotte with the hope of rescheduling for 2019.”

“Since March, when North Carolina enacted HB2 and the issue of legal protections for the LGBT community in Charlotte became prominent, the NBA and the Charlotte Hornets have been working diligently to foster constructive dialogue and try to effect positive change.  We have been guided in these discussions by the long-standing core values of our league.  These include not only diversity, inclusion, fairness and respect for others but also the willingness to listen and consider opposing points of view.

…While we recognize that the NBA cannot choose the law in every city, state, and country in which we do business, we do not believe we can successfully host our All-Star festivities in Charlotte in the climate created by HB2….”

The decision has been met with widespread acclaim, but it hasn’t been popular with everyone. Indiana Pacers star Paul George spoke out against pulling the game:

“I’m huge on keeping your word. I’m not necessarily saying it’s bad for the NBA to move it. Charlotte is a growing city, and the Hornets have picked that program up. It’s a shame it’s possible that we’d take that away from them.”

George isn’t the only one to comment on the decision. Steph Curry, a Charlotte native, was disappointed when he heard the news (Sportscenter):

“It’s disappointing that my home team won’t be able to host the All-Star Game as planned.”

“I recognize this was a tough decision for the NBA but I respect the choice. Discrimination of any kind cannot be allowed.”

Carmelo Anthony shared his thoughts with ESPN’s Ramona Shelburne. Like other players, he felt bad for the city:

“Aside from all the politics, I feel bad for MJ [Michael Jordan] because I knew what that was going to do for the city of Charlotte….We as players didn’t think it was going to get to this. It’s unfortunate.”

But where it gets interesting is when he was asked about the pressure it could put on the NBA to weigh in on other issues. He sounds like he is for speaking out against some social issues, but not all:

“It’s a big decision for the NBA to pull it away from Charlotte. I guess we’ll see what happens from here now.”

So some social problems are okay to support and others are not? Who is to decide what is and what isn’t okay? Since the entire league is represented by whatever action is taken, should the league only act if all 30 teams are in agreement on something? Should Adam Silver check with the owners, with the players, both, or just use his own discretion? What if people disagree? In those cases, should the NBA stay away from whatever the issue is altogether since any action taken will not be representative of the league as a whole?

Taking a stance on something is commendable, but the NBA has now opened itself up to a whole new set of problems. What is the league going to do the next time there is a public outcry? Will it bend to the will of the people? What if the outcry is just a well-organized campaign by an interest group?

If the NBA decides not to act in any way for an issue, is it prepared to be painted as anti-whatever the issue is? What if the NBA supports an argument that the public turns against?

Now that the NBA has taken action once, it is going to be expected to act again. When it doesn’t, the league will need to be prepared answer a question and then defend its actions: So the LGBT population in North Carolina is worth speaking up for but we aren’t?