One of the toughest things to do in the wide world of sports is to make it to the big game (Final Four, Super Bowl, National Championship/College Football Playoffs, World Series, NBA Finals, etc.), lose it, and then get back to it the following year. More often than not, something happens during the next season that keeps the losing team from making its way back to the big game.

Clemson fans likely thought that Louisville would be the team to ruin it for them (if someone was going to), but then the Tigers took them down, 42-36. They probably didn’t think that North Carolina State might knock them out of the race—but they almost did. 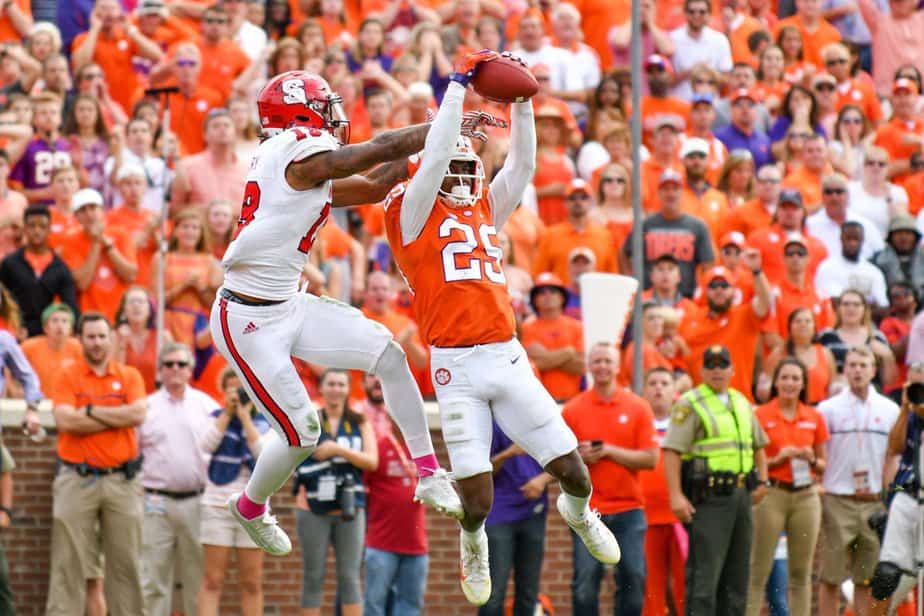 When the Tigers punted the ball away with 6:39 left to play and the score tied at 17-17, Tigers head coach Dabo Swinney probably thought they would get one more shot with the ball. His defense would stop the Wolfpack, and Deshaun Watson would pull through for his team in the clutch—but his defense couldn’t stop the NC State offense.

North Carolina State ate up the rest of the clock on a 14-play, 55-yard drive that put the Wolfpack in position for what would be a game-winning, 33-yard field goal (ESPN).

Kyle Bambard, NC State’s sophomore kicker, wasn’t having a great day. He has missed from 43-yards out and had a 37-yard attempt blocked. But he was 6-9 from the 30-39 yard range last season and 2-3 from it this season. So chances were good that he would make it.

“I was going so hard, and I fell, and I just laid there to hear what the crowd was doing,” said linebacker Kendall Joseph, who was on the field-goal block team for Clemson (ESPN). “I looked up, and I thought — Oh my god, they’re really cheering. It was awesome.”

Clemson did what they needed to do and scored a touchdown on their possession (a ten-yard pass from Deshaun Watson to Artavis Scott) to make the score 24-17. So it was touchdown or bust for NC State–and quarterback Ryan Finley throws an interception to Clemson defensive back Marcus Edmond at the goal line on the first play.

“I caught it and I kind of blacked out,” Edmond said. “Then I almost died. Everybody kept on piling on, and I’m yelling, ‘I can’t breathe.’ But everyone kept on piling.”

It’s a good thing an ugly win is still a win. The running game struggled after losing Wayne Gallman to a hard hit in the first quarter. The team later announced he had a concussion—and that he had told Dabo Swinney during the fourth quarter “Coach, I can play.”

He was in street clothes.

A penalty on the first play of overtime and a snap sailing over Watson’s head made the overtime period more dramatic than it needed to be. Watson completed 39 of 52 pass attempts for 378 yards and a pair of touchdowns, but also threw his first career pick-6 on the first play of the second half. Along with the interception, the Tigers offense had three fumbles on the day (ESPN).

Clemson will need to play a cleaner game if they want to beat Florida State in Tallahassee in a couple of weeks; they haven’t beaten the Seminoles on their home field since 2006. NC State will have its hands full trying to contain another dynamic quarterback next week in Louisville’s Lamar Jackson.