Oddsmakers Betting on Donald Trump Being Impeached Within Six Months 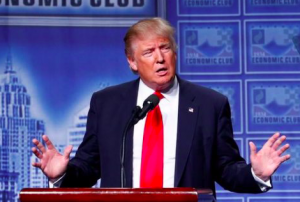 Prior to the November election, oddsmakers were giving Donald Trump long odds on defeating Hillary Clinton in the general election and becoming President of the United States. They, of course, were wrong, as the Republican nominee won the Electoral College despite losing the popular vote by a few million votes. Now, on the eve of Trump’s inauguration, oddsmakers are once again gong against Trump, predicting that he won’t make it through his first term in office without being impeached.

Paddy Power, an Irish bookmaker that does business online and across a chain of betting shops throughout Ireland and the United Kingdom, is currently accepting bets on whether or not Trump will be impeached by the U.S. House of Representatives, as well as how soon into his presidency he will be impeached. The current odds on Trump failing to complete a full term in office are 7 to 4. The odds of Trump being impeached within the next six months are 4-1. To put that in perspective, the Green Bay Packers are being given 4-1 odds to win the Super Bowl behind red-hot quarterback Aaron Rodgers heading into the NFL’s conference championship games this weekend.

It’s important to keep in mind that impeachment doesn’t necessarily mean a president gets kicked out of office. Even if the House of Representatives were to vote in favor of impeaching Trump, the Senate would still have to decide whether or not he should be removed from office. Nevertheless, oddsmakers are expressing serious doubt with regard to Trump lasting four years in the oval office, and recent reports suggest that roughly 90% of those placing bets on this are putting their money on Trump failing.

Many political scientists, even those who predicted Trump would win the election, are expressing serious doubt that he’ll be able to make it through a full term. Even many of the Republicans who rallied around Trump following the election had reservations about him as their party’s nominee. It may not take much for those doubts to creep back into the minds of Congressional Republicans. If a Republican-controlled Congress believes it will struggle to control the new President, they may look for a reason to impeach and turn control of the executive branch over to incoming Vice President Mike Pence.

Whether Trump makes it through the next four years as President or not, Paddy Power is already preparing for the 2020 Presidential election, taking bets on potential candidates. Trump, of course, is the heavy favorite at 11 to 10, although Pence and Speaker of the House Paul Ryan are close behind at 7 to 1. Outgoing first lady Michelle Obama is the next highest on the list at 8 to 1, although she has denied speculation that should would follow her husband into the political arena.

Democratic nominee Hillary Clinton is being given 14 to 1 odds to run again, with former Democratic hopeful Bernie Sanders receiving 20 to 1 odds. Elizabeth Warren and Tim Kaine are the most likely to run among established Democrats at 11 to 1 each. Outgoing Vice President Joe Biden has 18 to 1 odds.

In light of a real state developer/reality TV star winning the Presidency, Paddy Power has placed a number of celebrities on the betting line for a Presidential campaign in 2020. Mark Cuban (66 to 1), Tom Brady (66 to 1), Leonardo DiCaprio (80 to 1), George Clooney (100 to 1), Mark Zuckerberg (150 to 1), and Kim Kardashian (275 to 1) are among the many notable celebrities with no history of public service who are receiving betting lines for the 2020 election.

Of course, the safest bet of all is that Trump will be sworn into office on Friday. So, for his inauguration speech, Paddy Power is taking bets on what word or notable catch-phrase will be used first. “Make America Great Again” is the favorite at 5 to 4, although “Job Creation” (3 to 1) and “Islamic Terrorism” (10 to 3) are also considered good bets. A mention of Russia, China, the United Nations, Twitter, Brexit, and Vladimir Putin are also being given good odds. Receiving longer odds are some of Trump’s adversaries or controversies, including Meryl Streep (50 to 1), Rosie O’Donnell (66 to 1), Golden Shower (250 to 1), and Ariana Huffington (250 to 1).

Of course, none of these bets are a sure thing, as Trump’s inauguration speech and his presidency figure to be as unpredictable as last year’s election. However, if there’s one thing we can say for sure following the election of Trump, it’s that it has brought about a new golden age of betting on politics. If nothing else, at least we have that.