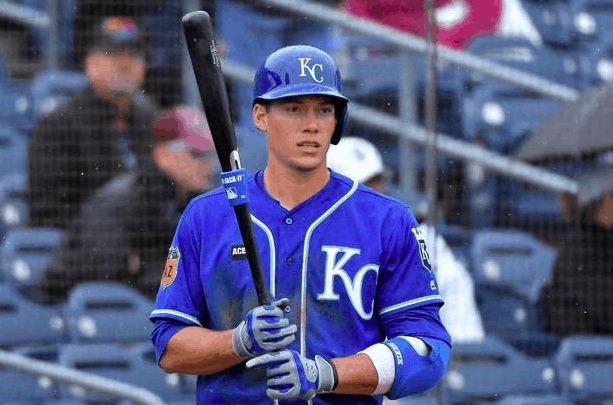 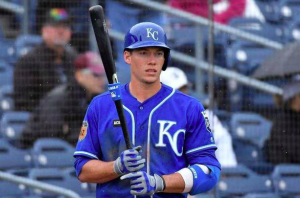 Of all the transactions the Kansas City Royals made this offseason, by far the most overlooked was the acquisition of slugger Peter O’Brien in a trade with the Arizona Diamondbacks. The trade was overlooked, as O’Brien has just 74 big league at bats to his name heading into the season. But early in spring training, O’Brien has stood out in Royals camp, drawing attention because of his power in a way that is giving him a chance to make the opening day roster, and also has Kansas City excited about his long-term future with the club.

O’Brien has appeared in just four spring training games thus far, getting a mere eight at bats over that span. He has three hits in those eight at bats, and all three have left the yard, the latest of which not only cleared the outfield wall but also sailed over the 30-foot high batter’s eye in center field. His ability to hit the ball over the long ball has made O’Brien standout to his new coaches and teammates early in the spring season.

“You see him in batting practice, in games. His power is incredible,” says Royals manager Ned Yost, who describes O’Brien as having “Freaky power to all fields.”

Kansas City outfielder Alex Gordon agrees. “O’Brien has the most pop I’ve ever seen,” Gordon said. “I told the coaches, ‘I’m not in his BP, because he makes me feel like a high school kid.'”

Of course, those who saw O’Brien in the minors shouldn’t be surprised by the power he’s displaying this spring. In 2014, O’Brien hit 34 home runs in the minors and was unfazed at getting traded from the Yankees to the Diamondbacks midseason. He then spent the 2015 and 2016 seasons at triple-A, accumulating 50 home runs over two years. He garnered just 64 at bats with the Diamondbacks last season but managed to hit five home runs in that short period of time.

Alas, O’Brien appears to have a rather narrow path to making Kansas City’s opening day roster, in large part because he’s a player without a position. After beginning his career as a catcher, O’Brien spent most of his time with the Diamondbacks as a corner outfielder. However, he profiles best as a DH.

Therein lies the problem. Kansas City’s outfield is rather crowded, especially with the signing of Brandon Moss late in the winter. With Gordon and Jorge Soler penciled in at the corner outfield spots, and Moss and Paulo Orlando possible options as well, there’s little room for O’Brien in the Kansas City outfield.

Meanwhile, Moss figures to get a lot of time in the DH Spot, as should Cheslor Cuthbert, who made a strong impression last season but is blocked by Mike Moustakas at third base. This leaves O’Brien on the outside looking in and facing the prospect of returning to triple-A for a third consecutive year. But O’Brien isn’t letting the lack of an opening on the roster discourage him.

“I think the biggest thing is just: ‘Keep things simple and focus on the process,'” O’Brien says. “I have all the tools I need to play up here. I just need to make the game as simple as possible and let everything take care of itself.”

Even if O’Brien ends up back in triple-A this year, the power he’s displayed early in spring has already made a strong impression on his new team. The Royals are excited about the power he brings to the table and what that could mean for the club in the years to come. O’Brien may not have a spot with the Royals on opening day, but the first chance they get, you can bet they’ll find a way to get his bat in the lineup.