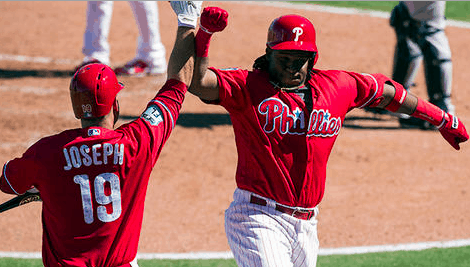 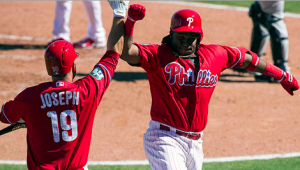 The Philadelphia Phillies haven’t had a winning season since 2011, and on paper, they still appear to have a lot of rebuilding to do. Nevertheless, they’ve made some positive moves this offseason that are aimed at competing in the short term. Can the Phillies become one of baseball’s surprise teams in 2017 or will it be another losing season in the City of Brotherly Love?

Philadelphia has an intriguing collection of young pitchers, and while injuries have been an issue for some of them, the Phillies could put together a solid rotation if some of those young arms take a step forward in 2017. The Phillies have also stabilized the front of their rotation by retaining Jeremy Hellickson and trading for Clay Buchholz. Hellickson is the de facto ace after posting a 3.71 ERA last year and is poised for another strong campaign with free agency looming next winter. Buchholz, meanwhile, struggled last season but should benefit from a change of scenery and a move to the National League.

As for the young guns, Jerad Eickhoff, Aaron Nola, and Vince Velasquez are the top names to watch. All three have shown signs of becoming frontline or mid-rotation starters the past couple of years, it’s just a matter of being consistent and taking another step forward. In case they need reinforcements, the Phillies also have Jake Thompson, Alec Asher, and Zach Eflin in the mix, although they are less established starters than the trio of Eickhoff, Nola, and Velasquez.

Philadelphia’s bullpen struggled a year ago and the Phillies still have a lot of work to do in that area. Jeanmar Gomez returns after being the team’s closer last season, although his 4.50 ERA isn’t particular impressive coming from a closer, despite saving 37 games in 43 opportunities. To solidify the back end of the bullpen, the Phillies have signed veteran Joaquin Benoit, although it remains to be seen how much the 39-year old has left in the tank after an up and down 2016 season.

The Phillies also acquired Pat Neshek over the winter to help solidify their core of setup men. Hector Neris and Edubray Ramos also proved to be capable relief arms last year, although depth could be an issue for the Philadelphia bullpen unless the Phillies are able to move a couple of their excess starters into a relief role.

The Phillies scored the fewest runs in the big leagues last season, and so they have a lot of work to do, especially after losing veteran Ryan Howard, who if nothing else was a constant power threat. The good news is that the Phillies have much of their core intact, including Freddy Galvis, Cesar Hernandez, Odubel Herrera, and Maikel Franco. That group is still trying to establishing themselves, but both Hernandez and Herrera made significant strides last season, and now the Phillies need Franco and Galvis to do the same this year.

Philadelphia has also added reinforcements in Howie Kendrick and Michael Saunders, who will help to fill out an outfield that struggled to find consistency last year. Kendrick is a bit of a question mark after his numbers declined considerably last year, but Saunders is coming off a career year and should benefit from playing in a more hitter-friendly park.

The Phillies also have quite a few X-factors heading into the season. It starts with Tommy Joseph, who is now the full-time first baseman without Howard around. Joseph hit .257 with 21 home runs in roughly half a season worth of playing time, and so the team is excited to see what he can do over a full season. There are also several prospects who could come up and help the Phillies later in the season, most notably shortstop J.P. Crawford and outfielder Nick Williams, giving Philadelphia some sense of light at the end of the tunnel.

The Phillies won just 71 games last season, an eight-win improvement from 2015. They won’t increase their win total that much this season, but the Phils can continue to see improvement in 2017, even if they may be another year or two from making any real noise in the NL East.

Look for the Phillies to finish 76-86 this season. Philadelphia’s rotation has a chance to be among the top in the National League, although inexperience and a less-than-solid bullpen will let them down at times. Offensively, the Phillies should be better than last year (mostly because they can’t do worse), but their young core hasn’t shown enough to think they can catapult the team into contention without a few more reinforcements.