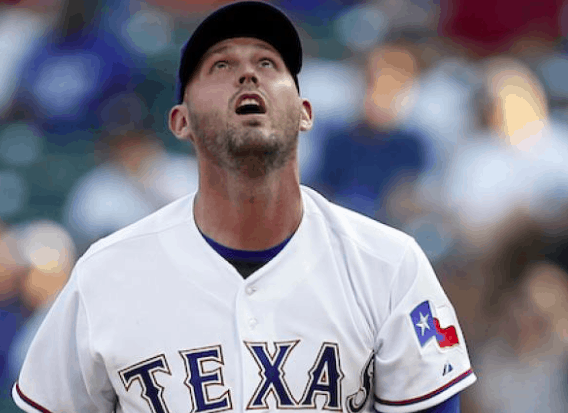 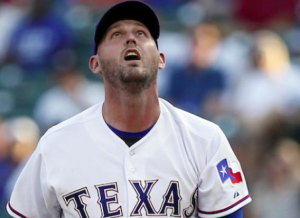 A slow recovery from spinal fusion surgery has kept left-handed pitcher Matt Harrison from pitching in the big leagues for the past year and a half. That slow recovery has now cost him a spot on a major league roster. The Philadelphia Phillies released Harrison on Tuesday, as they wanted to free up space on the 40-man roster to give them more flexibility this winter. Harrison is scheduled to make $13 million in 2017, with a club option or a $2 million buyout for 2018.

Of course, Harrison never actually threw a single pitch for the Phillies. The southpaw was part of the trade in the summer of 2015 that sent Cole Hamels to the Texas Rangers. Harrison was one of the players the Phillies received in exchange for Hamels, despite the fact that Philadelphia placed him on the DL the same day the trade was completed. Harrison made a start just a few days earlier, but the Rangers decided to shut him down afterwards due to continued back pain. He was involved in the trade in large part so the Rangers would take on more of the money on Hamels contract.

The Phillies showed patience with Harrison throughout the 2016 season despite the fact that he wasn’t able to get back on the mound. However, with no certainty that he’ll be healthy enough to contribute in 2017, the Phillies decided that they would rather an extra spot on the 40-man roster. Major League teams have until Friday to add prospects to their 40-man roster who would otherwise be eligible for the Rule 5 Draft. With Philadelphia having one of the best farm systems in baseball, the Phillies figure to add several players to the roster to protect them, so they’ll need as many spaces as possible.

Philadelphia does have insurance on Harrison’s contract, so they were able to recover more than half of his salary in 2016 because he wasn’t able to pitch due to injury. However, to recover that money again in 2017, Harrison would have needed to stay on the roster. According to a source with knowledge of the situation, the Phillies have negotiated an undisclosed buyout with the insurance company, so they will receive some money back, but they will end up owing most of the $15 million guaranteed left on Harrison’s contract.

Before his chronic back issues, Harrison was a productive pitcher for the Rangers, which is what prompted Texas to give him a five-year deal worth $55 million, a contract that the Phillies are still paying for. From 2008 to his last outing in 2015, Harrison was 50-35 with a 4.21 ERA. He was a 14-game winner in 2011, while helping the Rangers reach the World Series. Harrison then won 18 games and was named to the all-star team in 2012, which was the best season of his career and the last time he pitched a full season before he started to experience back issues.

Harrison has given no indication that he would like to retire, and so the Phillies releasing him does free him up to sign with any team. Despite not pitching for the last year and a half and making just nine starts over the past four seasons, it wouldn’t be a shock to see a team sign Harrison to a minor league contract. Of course, until he proves he’s healthy, Harrison’s career is very much up in the air.