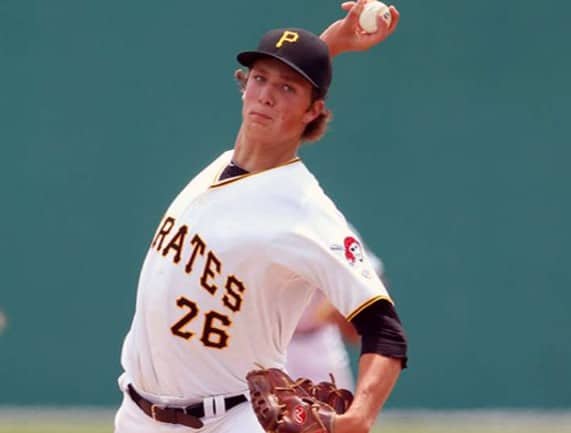 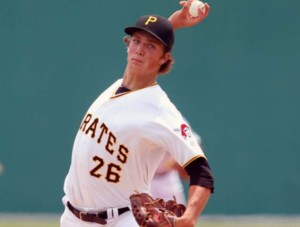 Reports surfacing Wednesday morning indicate that the Pittsburgh Pirates will promote pitching prospect Tyler Glasnow on Thursday when he will make his big league debut in a matinee against the St. Louis Cardinals. The move is long overdue for a pitcher who’s ranked among the best prospects in all of baseball and has been dominant at triple-A all season.

Pirates GM Neal Huntington spoke earlier this season about his desire to keep the team’s top prospects, including Glasnow, in the minors all season. However, Glasnow’s promotion has become necessary now that the Pirates have three starting pitchers on the DL and uncertainty over the health of another.

Ryan Vogelson has been on the DL since late May when he was struck by a ball, although he has started to throw again and is slowly working his way back to the Pirates. Gerrit Cole hasn’t made a start for the Pirates since June 10, but made a rehab start Tuesday night, throwing three shutout innings at triple-A. Jameson Taillon went on the DL earlier this week with shoulder fatigue, although the Pirates are hopeful he can return soon after the all-star break. There is now concern over the health of Jon Niese’s knee, prompting the Pirates to push his next start back to Sunday and insert Glasnow in his spot on Thursday.

In 17 starts at triple-A this year, Glasnow is 7-2 with a 1.78 ERA. He has struck out 113 batters in 96 innings of work. Most scouts believe the 6′ 8” Glasnow has the ceiling of a front line starter, and his performance in triple-A this season would seem to indicate he is both major league ready and well on his way towards reaching that high ceiling.

With Vogelsong, Cole, and Taillon all working their way back, it remains to be seen whether Glasnow is simply making a spot start or whether he has a chance to stick around beyond Thursday. He won’t make a second start before the all-star break, so if the Pirates believe Cole and Taillon will return soon after the break, there may not be room for Glasnow in Pittsburgh’s rotation. At the same time, the Pirates have not been enamored with the performance of Niese, Francisco Liriano, and Jeff Locke this season, so if Glasnow impresses on Thursday, the Pirates could reshuffle their rotation to make room for him.

Despite the injuries, the Pirates are currently on a six-game winning streak heading into Wednesday’s game against the Cardinals. The streak has brought Pittsburgh within 9.5 games of the first place Chicago Cubs and 2.5 games within the second wild card spot. The addition of Glasnow and the possible return of Taillon and Cole over the next couple of weeks could potentially transform a starting rotation that’s been perpetually disappointing this season, giving Pittsburgh optimism for the second half of the season.

The Pirates dream of a future in which Cole, Taillon, and Glasnow lead what could be one of the best rotations in baseball. With Glasnow finally set to make his big league debut, and Cole and Taillon expected to return from the DL sooner rather than later, Pittsburgh’s future could soon be its present. A new-look rotation that includes Glasnow pitching alongside Cole and Taillon could be enough to get the Pirates back to the postseason in 2016.