Pitchers May Get Shot in 2017 Home Run Derby 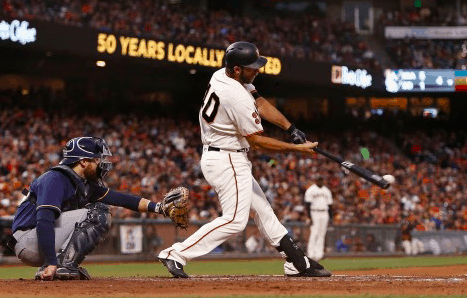 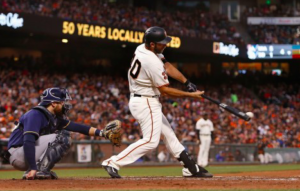 In the lead up to this year’s Home Run Derby, there was a lot of talk about pitchers wanting to take part in the event. Most of that talk was coming from San Francisco Giants ace Madison Bumgarner, who is considered by most to be the best hitting pitcher in the game today and one of the best the game has seen for decades. Unfortunately for Bumgarner, his plan to partake in the Home Run Derby did not come to fruition, although according to reports, there’s a chance for pitchers to play a role in the Derby next year.

Executive director of the MLB players union Tony Clark says that after Bumgarner and a few other pitchers started expressing interest, he had conversations with MLB about finding a place for pitchers in the Home Run Derby. Ultimately, the two sides ran out of time to figure out “the processes and protocols,” but Clark says that the idea is far from dead, as MLB and the union will “revisit that and a number of other ideas” before next year’s all-star festivities.

Clark did his best to strike down the notion that the union was standing in the way of pitchers swinging bats in the Derby. “We were willing to have that conversation, which is what we had,” he said. “But again, as you get closer to the event itself, it becomes remarkably difficult to make tweaks and adjustments to protocol.” Clark adds that several ideas are on the table at the moment, including a separate competition for pitchers and allowing pitchers into the main event.

Joining Bumgarner as the most outspoken pitchers looking for a spot in the Derby were Jake Arrieta, Jose Fernandez, and Adam Wainwright. Arrieta went so far as to discuss the idea with Cubs owner Tom Ricketts and team president Theo Epstein. The Cubs ace says the higher ups in his organization gave him the green light if pitchers were given the chance. “We were almost there, man,” Arrieta said Monday. “I think it would have been something fun for the fans to see. And if it stunk, maybe we don’t do it again.”

Arrieta also addressed the injury concern by saying that pitchers typically take 50 swings during batting practice every day. “As far as I know, the commissioner was kind of on board with it,” Arrieta said. “I think people just wanted to assess, obviously, the risk of injury. And I think eventually, everyone came to the conclusion that, yeah, these guys hit a lot. They hit all the time. So I think they realize that the injury risk would be fairly low.”

However, when Bumgarner said he wanted to be part of the main event and not a pitchers-only mini-derby, it created protocol issues for Clark too soon before the event. There was also some backlash from hitters, including 2015 Derby champion Todd Frazier, who didn’t think it would be “a good idea” for pitchers to participate. Giants catcher Buster Posey countered that statement, saying about Bumgarner: “I think he would have won. And I’m being honest with you.”

The bottom line is that the door is not closed on pitchers participating in the 2017 Home Run Derby, although whether they would have their own event or get a chance to participate in the real thing remains to be seen. Perhaps a preliminary round involving the pitchers to put one representative in the main event would be appropriate. In any event, the pitchers did not get a chance in this year’s Home Run Derby, but the dream is far from dead.